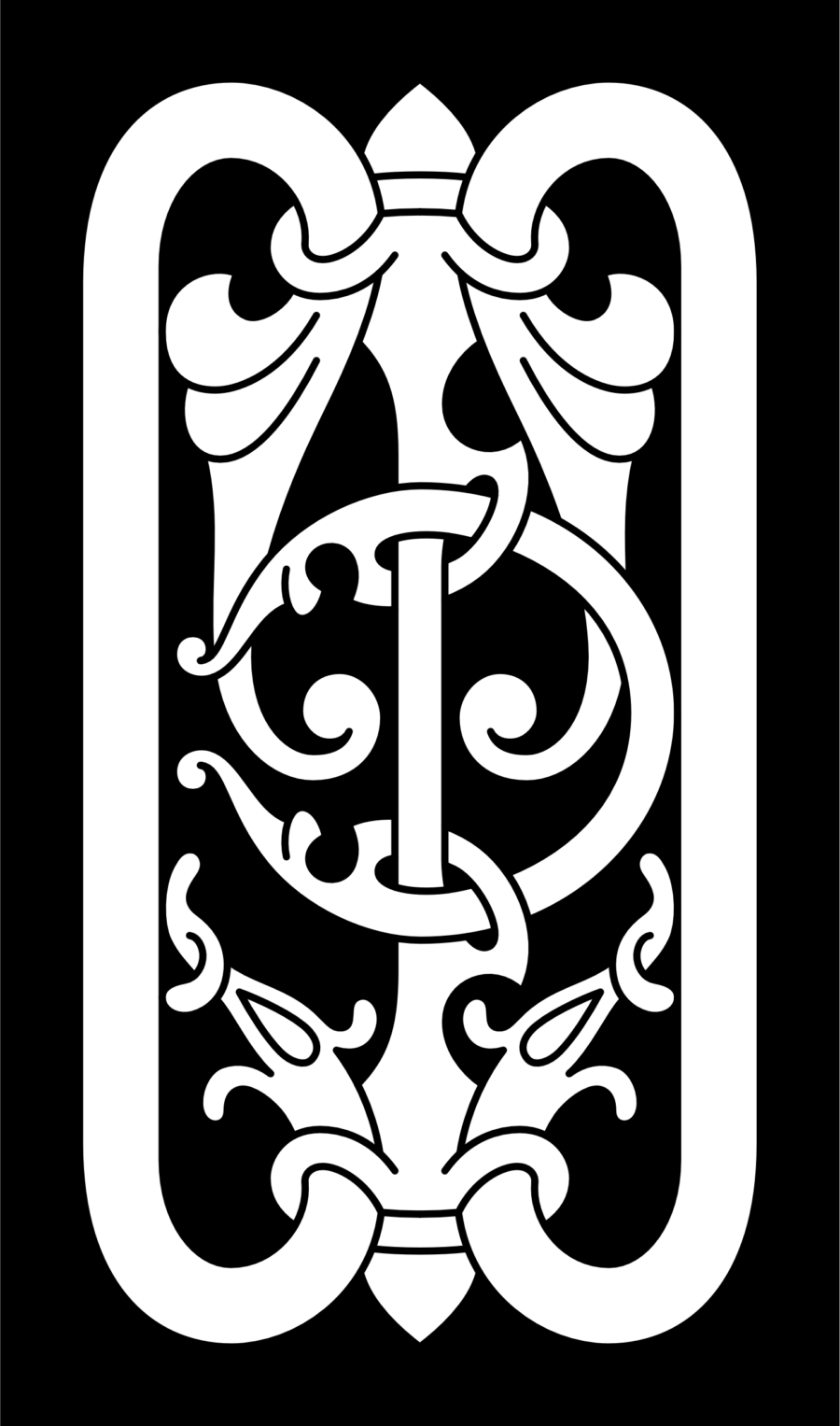 | Ringerike style, Viking
Sean Parry of @sacred_knot_tattoo on Instagram initiated the #RuneChallenge and challenged me to do the rune ᚦ, Þurs/Þurisaz. So I seized the opportunity to change things up a bit for this weeks illustration and do the challenge. I hope you’ll enjoy the result and I invite you to join me and do the challenge.

The prompt is basically that you do some kind of rendition of a rune with some added ornamentation and post it on Instagram with the tag #runechallenge.

The thurs rune is present in both the Elder Futhark (c.100-800) and the Younger Futhark (c. 700-1100). So I thought why not do a version for each of the two versions of the runic alphabet (not counting the English and medieval versions of course).

The ornamentation of the ᚦ rune, thurs, this week is inspired by the runestone style Pr 2 (c. 1020-1050) pertaining to the Ringerike style which was popular in the late Viking Age when the Younger Futhark was in use.

A thurs is a supernatural or otherworldly humanoid figure also known as a jötun or troll. They are typically described as living underground in the rocks or mounts. Their nature is ambiguous, but they often act malignly and take on antagonistic roles in the Nordic myths and sagas. This is well reflected in the Norse Mythology, where the jötnar are in constant conflict with the Norse gods, the Æsir, even though many of the (male) Æsir are married to jötnar.

Stanza from the Icelandic Rune Poem:

Thurs is the cause of anguish to women

Stanza from the Norwegian Rune Poem: