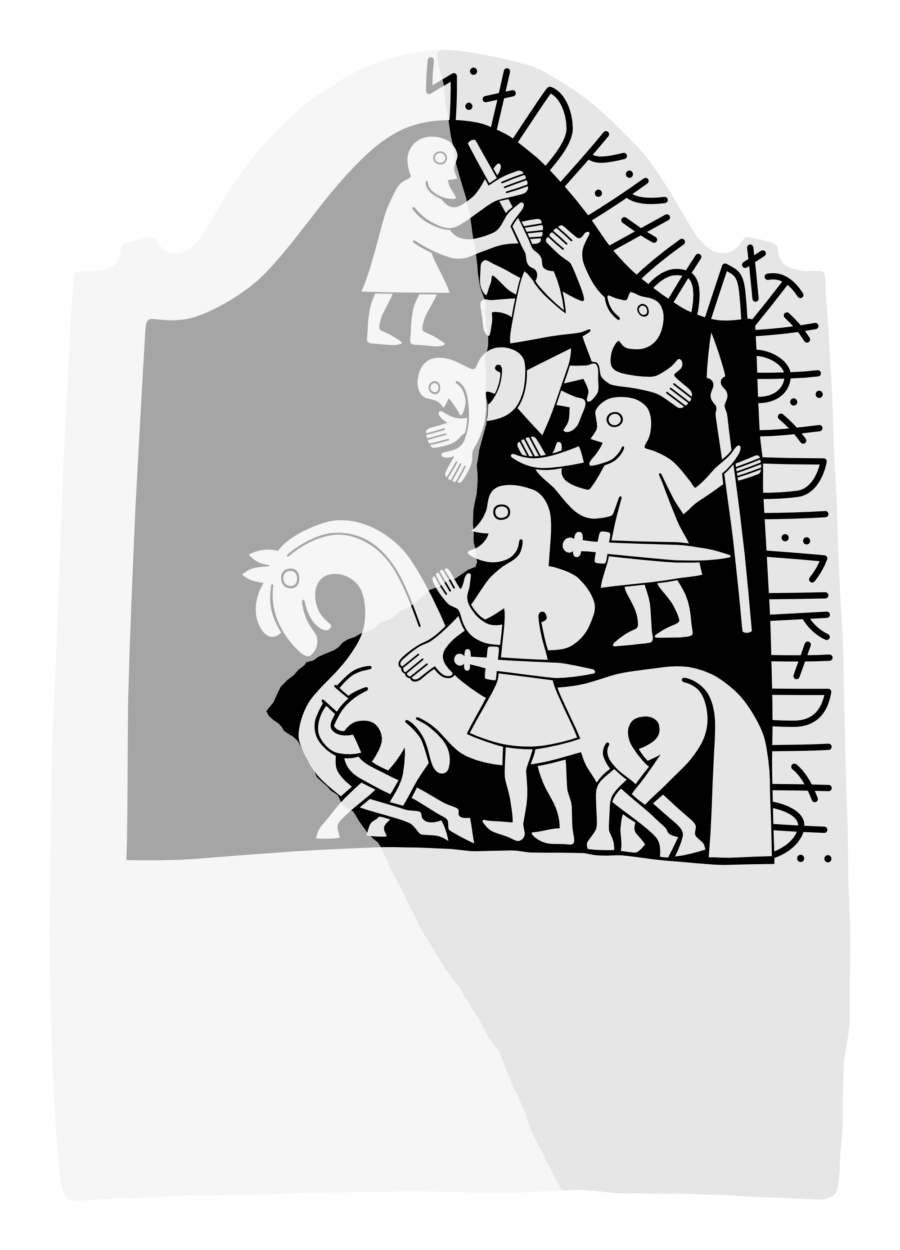 The sandstone slab is c. 0,72 m tall and must have originally been approximately 0,55 m wide.

The rune text reads from left to right running along the border framing the ornamentation.

The text fragment is the second part of an inscription written across four stone slabs, referred to as V, I, VI and II, composing the sides of a sarcophagus (G 114).

The slabs I, V and VI had traces of red lead from the original paint.

The shape of the horsehead has been reconstructed based on the design of U 691.