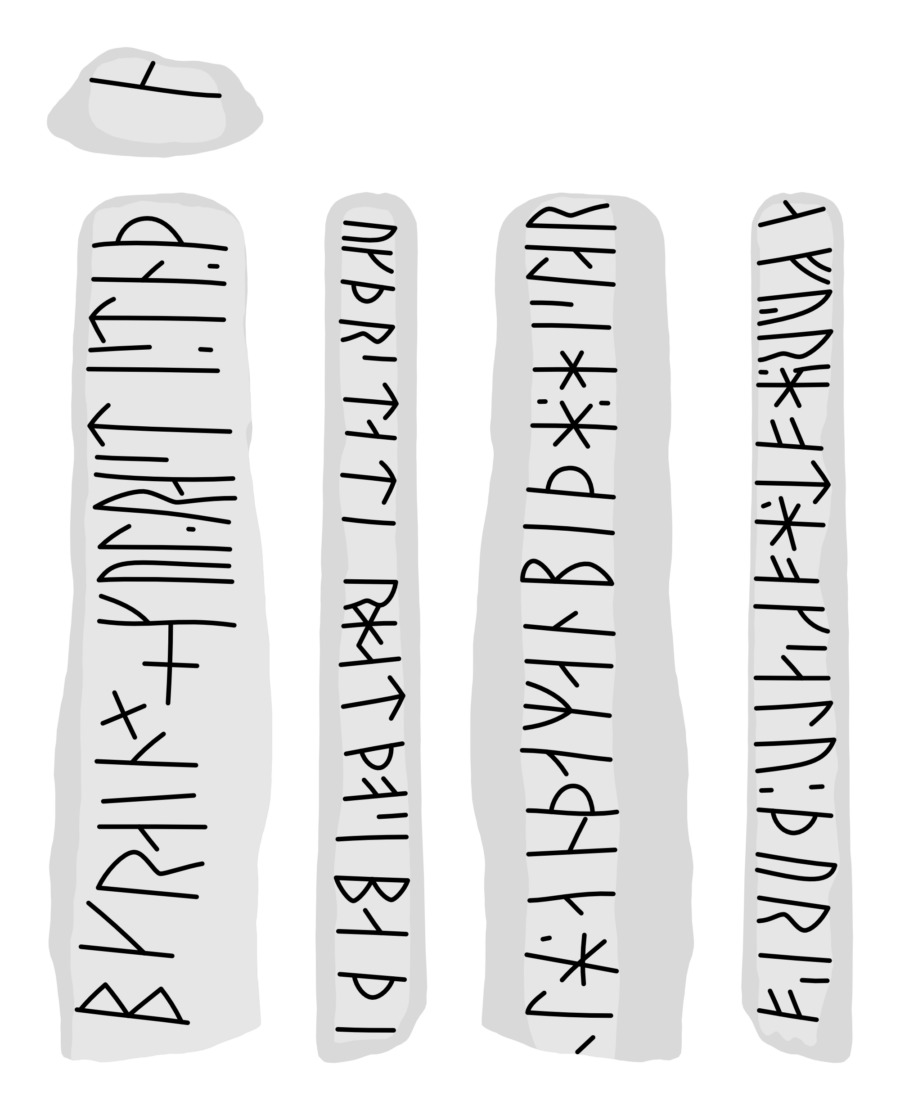 The carvings of the stone pertain to the group of unornamented runestones known as RAK (c. 980?-1015), contemporary with the early Ringerike style.

The granite stone is c. 47 cm tall, 11,9 cm wide and 4,8 cm thick and weighs 4,85 kg. It was taller originally, but the bottom part, along with parts of the inscription, is broken off and missing.

The stone was found in a garden in Harstad in the early 1980s, in soil moved from a so-called settlement mound at the nearby Ervika farm.

The person commemorated on the stone could be the chieftain Thorir Hund (c. 990-1036) of Bjarkøy near Harstad. He was allegedly among the men who killed the Norwegian king Olaf II (later St. Olaf) in the Battle of Stiklestad in 1030.

A special thanks this week to Steve Nilsen for bringing this stone and its story to my attention and for sharing invaluable resources. Check out this neat little 3D model of the stone for example https://skfb.ly/otYBD