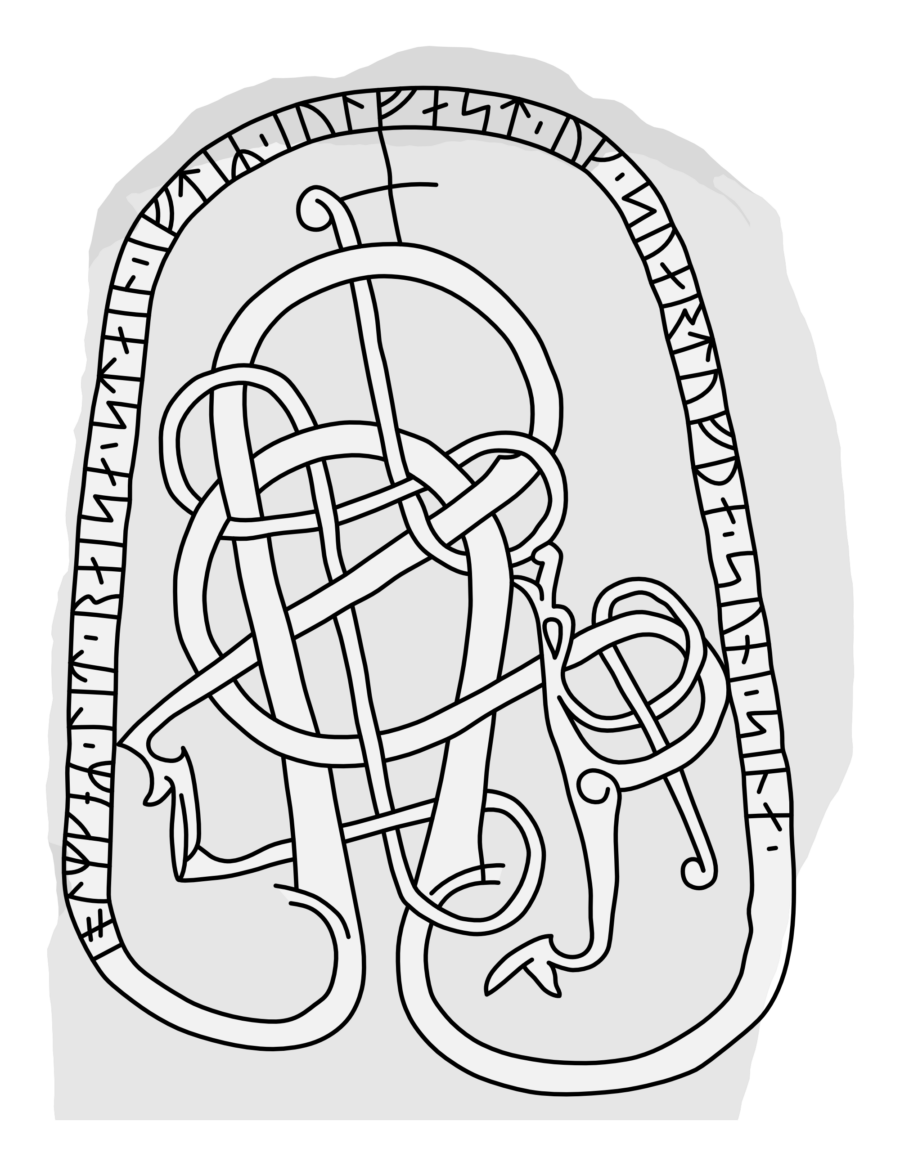 The missing part of the rune text has been reconstructed based on illustrations by Bureus (1632) and Rhezelius (1667), drawn while the runestone was still intact.