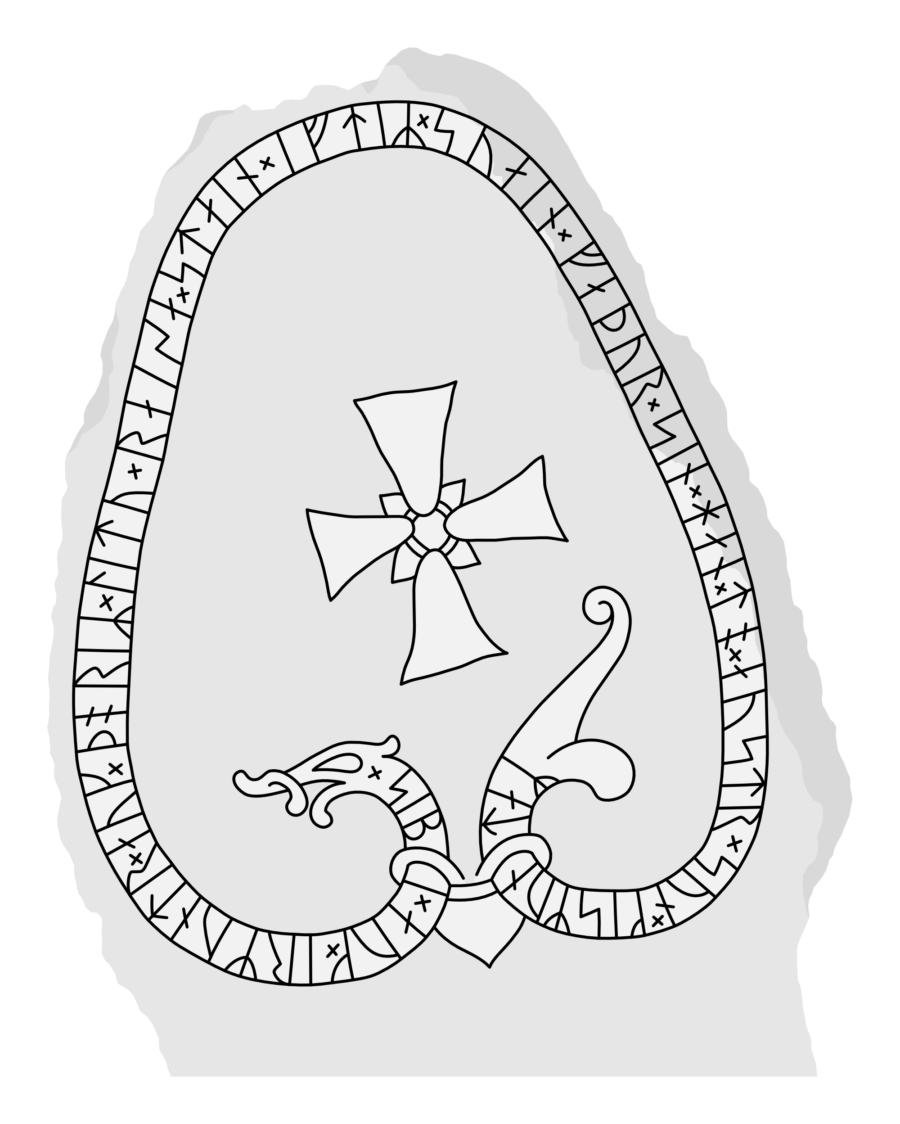 The carvings of the stone were in the runestone style Pr 3 (c. 1045-1075) pertaining to the early Urnes style.

The inscription was not signed.

Sibbi and Ernmundr and Thórir had the stone raised in memory of their father Sveinn. He, Gísmundr’s son, died in the east.

Runestone U 283 is now lost. It has been reconstructed here based on a drawing by Peringskiöld documenting the stone sometime in the 17th century.

It is possible to reconstruct the missing part of the runic text with some certainty due to the formalistic manner of its content. The name of Gísmundr’s son can not be determined with certainty but is likely to have been ‘Sveinn’. He was most likely the father of Sibbi and his brothers, not their brother.