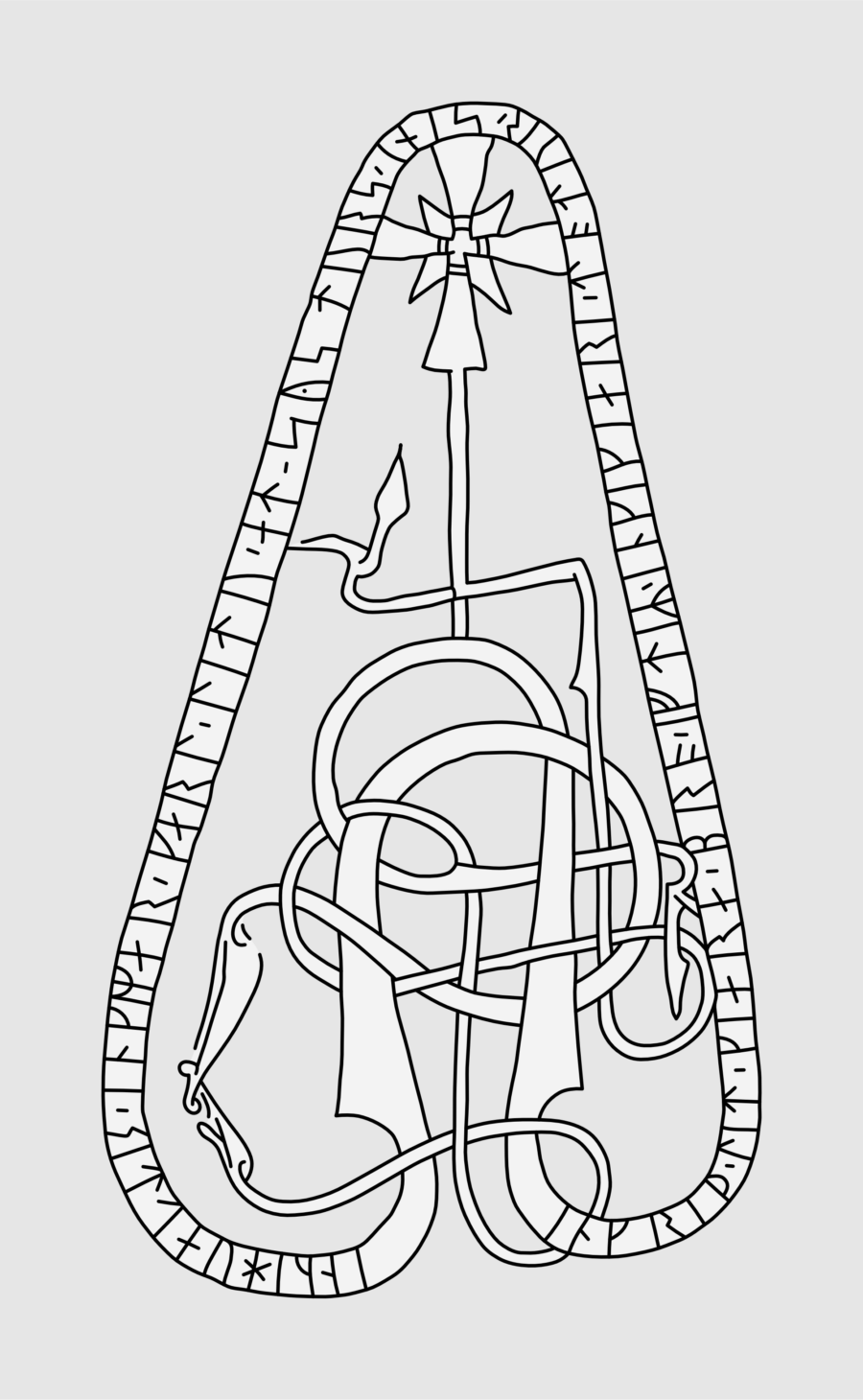 Ingríðr had the bridge made in memory of Ingigerðr, her daughter. Ingivaldr (and) Ingimarr (and) Karl had (it made) in memory of their sister.

Ingríðr and her three sons are also mentioned on U 306.