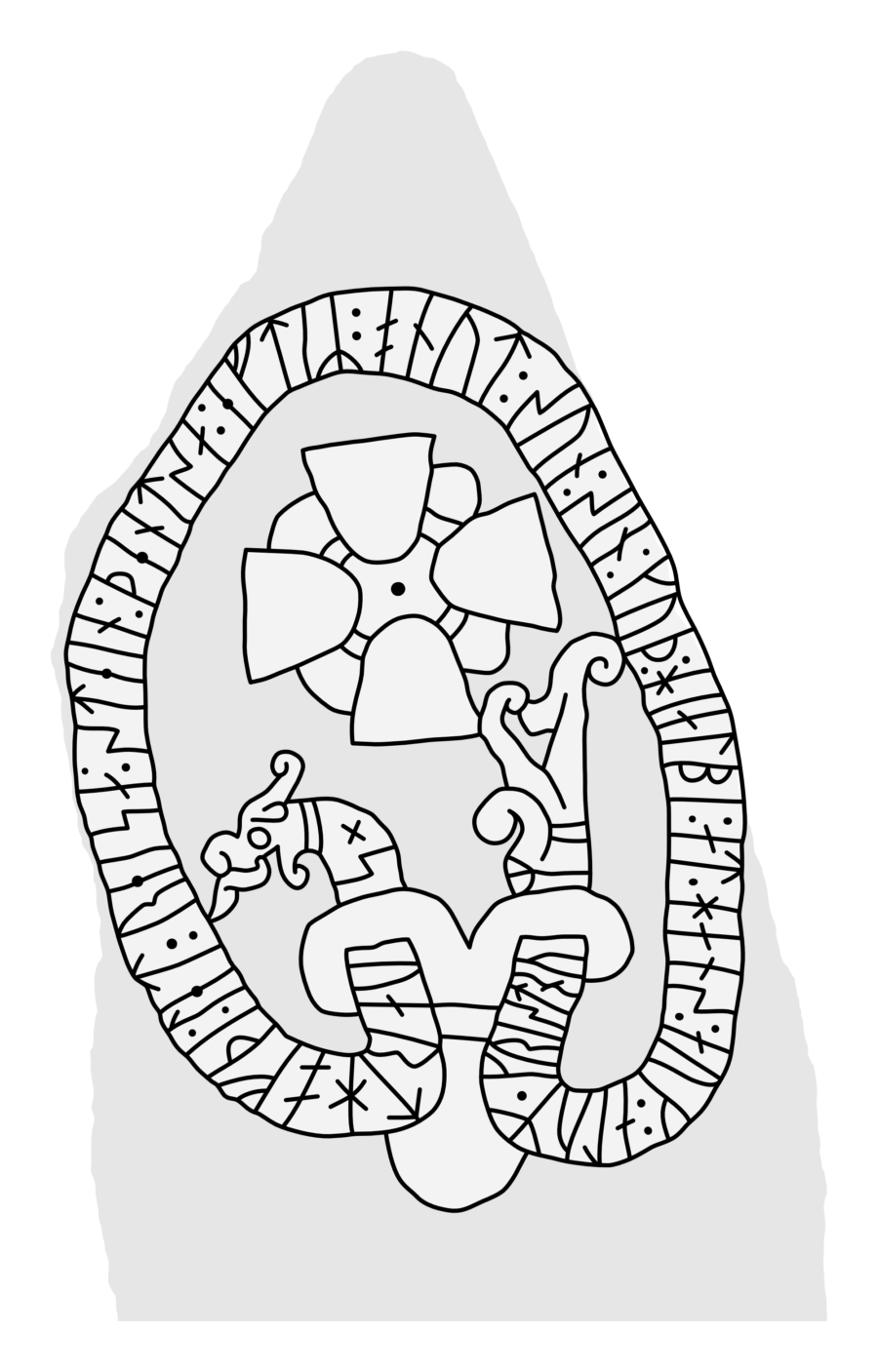 Though the inscription is not signed, it is attributed to the runemaster Torbjörn for stylistic reasons.

Svarthǫfði had this stone raised in memory of Ônund, his son. May God help his and all Christians’ spirits.

U 457 is probably one of several stones raised by members of the same family over the span of 25-30 years judging from the names and family relations described on the stones. They are, chronologically ordered from oldest to youngest, as follows: