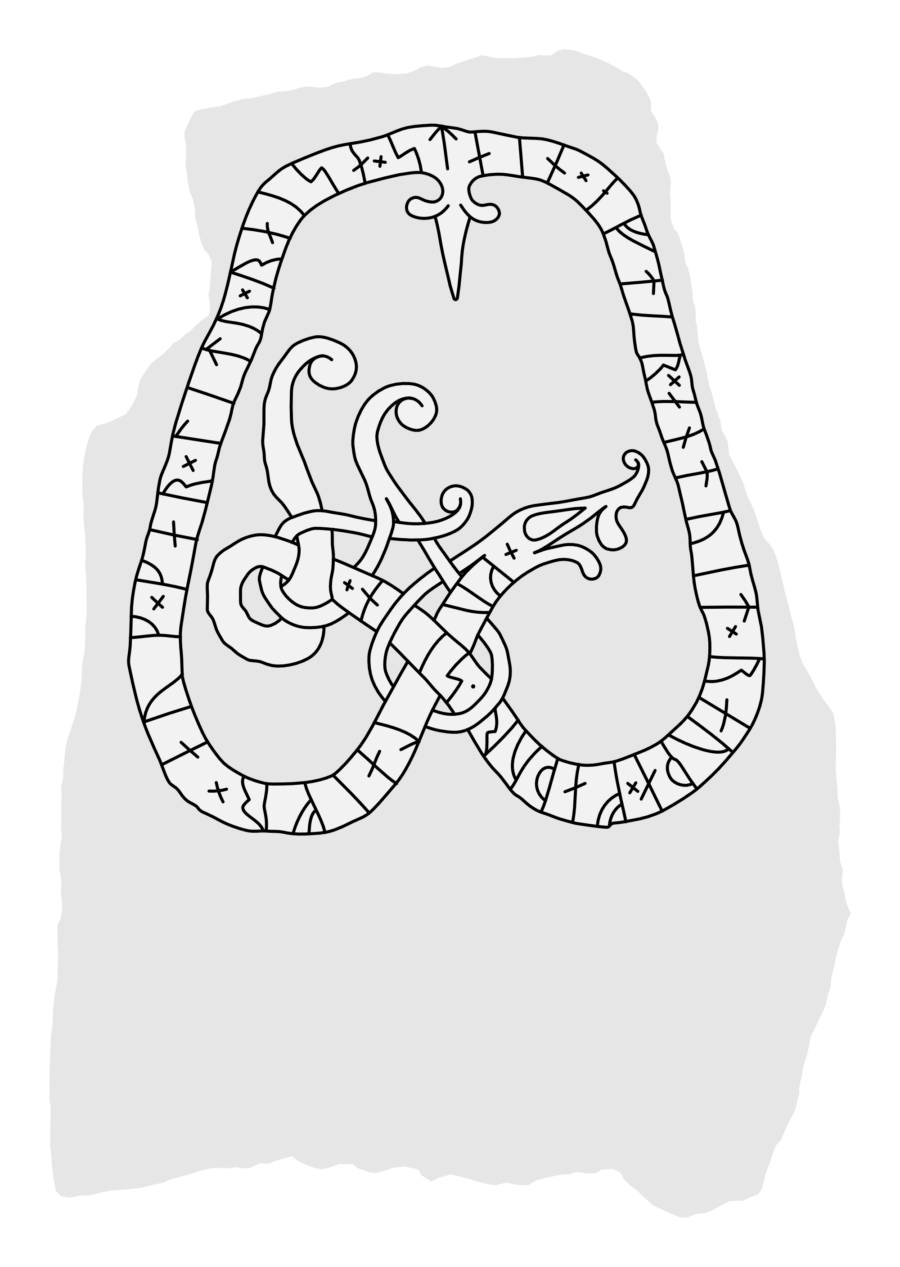 Though the inscription is not signed, it is attributed to the runemaster Fot and his apprentice Torgöt for stylistic reasons.

The rune text begins at the head/tail end of the animal.

Gulleifr and Kárr had the stone raised in memory of Andvéttr the Red, their father.

Andvéttr is also mentioned on U 644 and U 645 which has been raised by him and his four brothers in memory of their father, Gunnleifr.

Andvéttr’s son, Gulleifr, must have been born after the death of his grandfather, Gunnleifr, to be named after him in accordance with the tradition of the time.