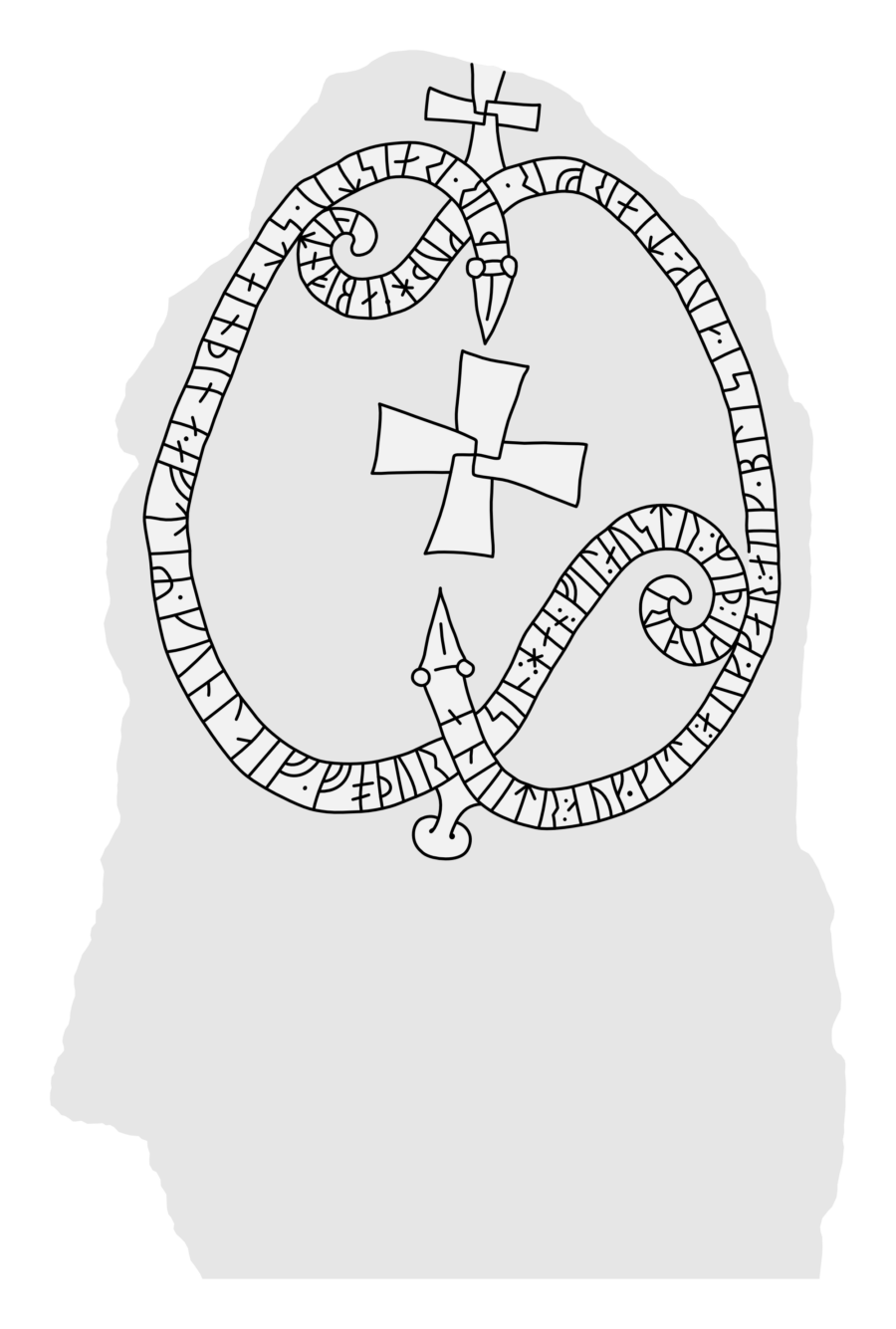 Andvéttr and and Kárr and Blesi and Djarfr, they raised this stone in memory of Gunnleifr, their father. He fell in the east with Ingvarr. May God help (his) spirit.

U 654 has also been raised by the five brothers who raised this stone.

U 644 is one of c. 30 so-called Ingvar Runestones commemorating those who died following Ingvar the Far-Travelled on a viking expedition going far down the eastern trade routes of Europe.

Learn more about Ingvar and his fatal viking expedition here: