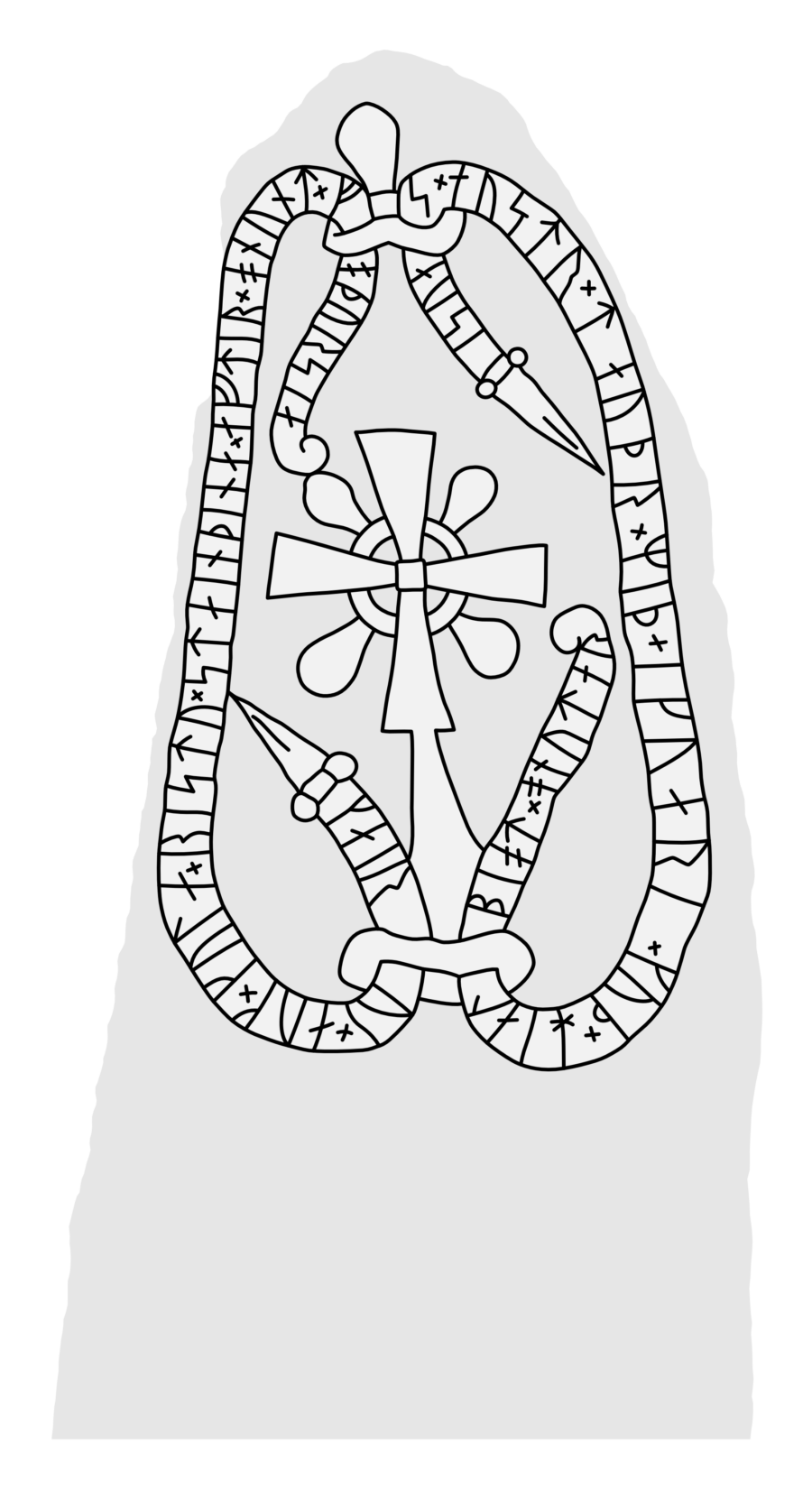 The inscription is not signed, but it is likely the same runemaster as U 664 and U 654.

Geirvé and Gulla raised this stone in memory of Ônundr, their father, who died in the east with Ingvarr. May God help Ônundr’s spirit.

Geirvé and Gulla are both female names.

U 661 is one of c. 30 so-called Ingvar Runestones commemorating those who died following Ingvar the Far-Travelled on a viking expedition going far down the eastern trade routes of Europe.

Learn more about Ingvar and his fatal viking expedition here: