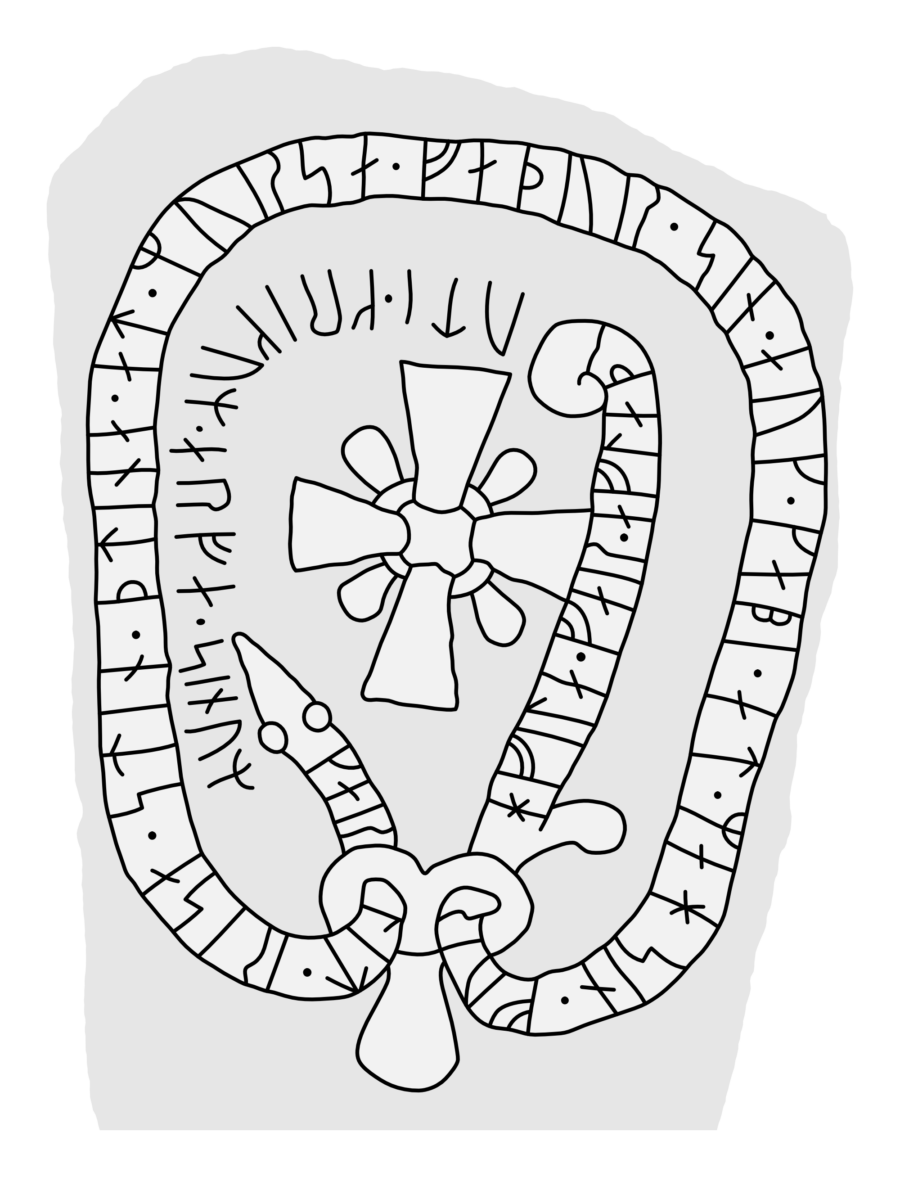 Though the inscription is not signed, it is attributed to the same runemaster who carved U 792, Sö 198, Sö 200 and Sö 207 for stylistic reasons.

The first part of the rune text begins at the head end of the serpent. The second part continues from the tip of the tail outside of the rune ribbon.

The second half of the inscription is in verse of the form fornyrðislag.

U 792 is part of the group of c. 30 Greece Runestones commemorating friends and relatives who travelled to Greece, which was part of the Byzantine Empire at the time.