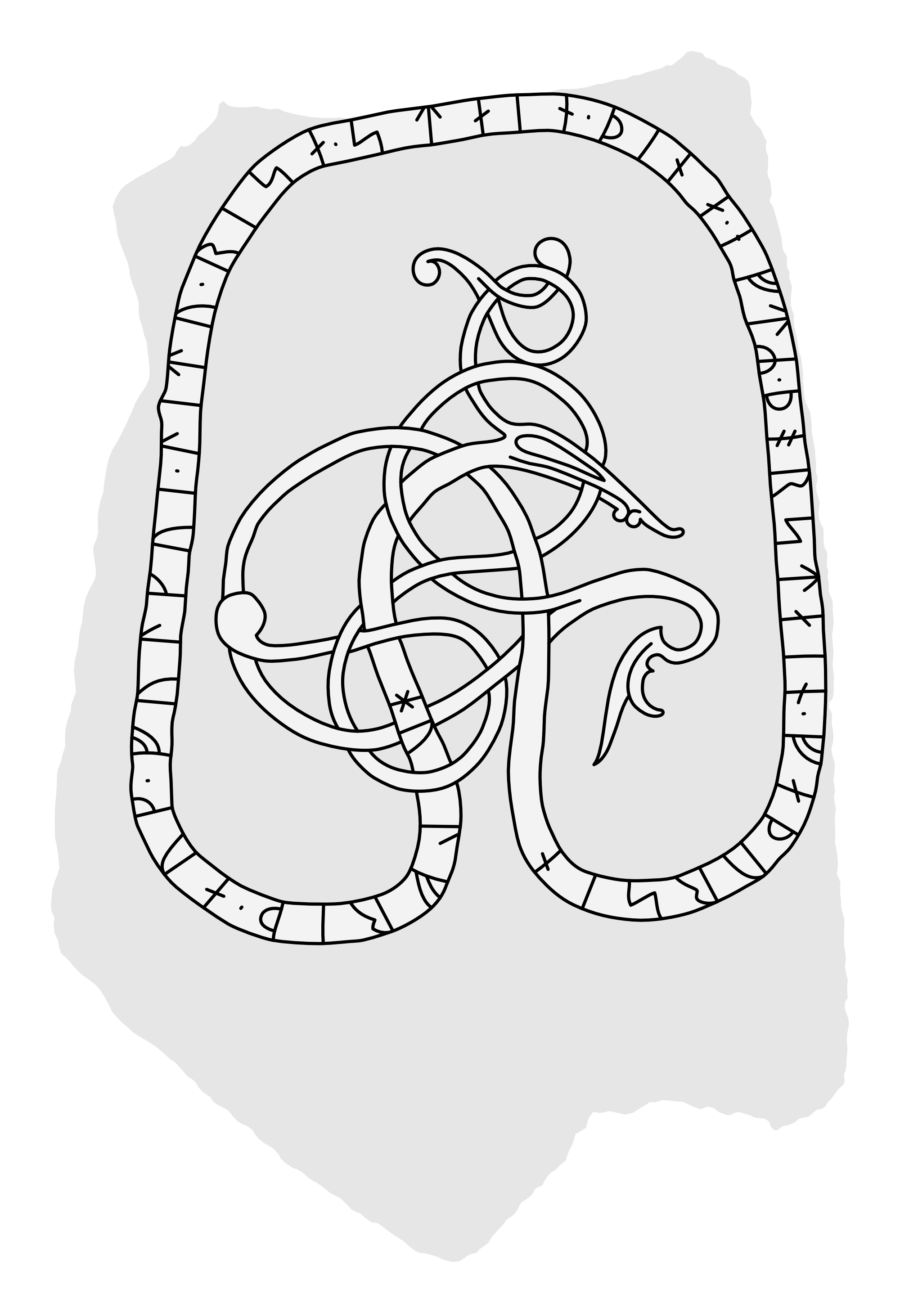 Though the inscription is not signed, it is attributed to the runemaster Øpir for stylistic reasons.

The rune text starts at the tail end of the animal.

Holmfríðr and Folkvé had this stone raised in memory of Thorsteinn, their father.

Holmfríðr and Folkvé are both female names. Thus the stone was raised in memory of Thorsteinn by his two daughters.