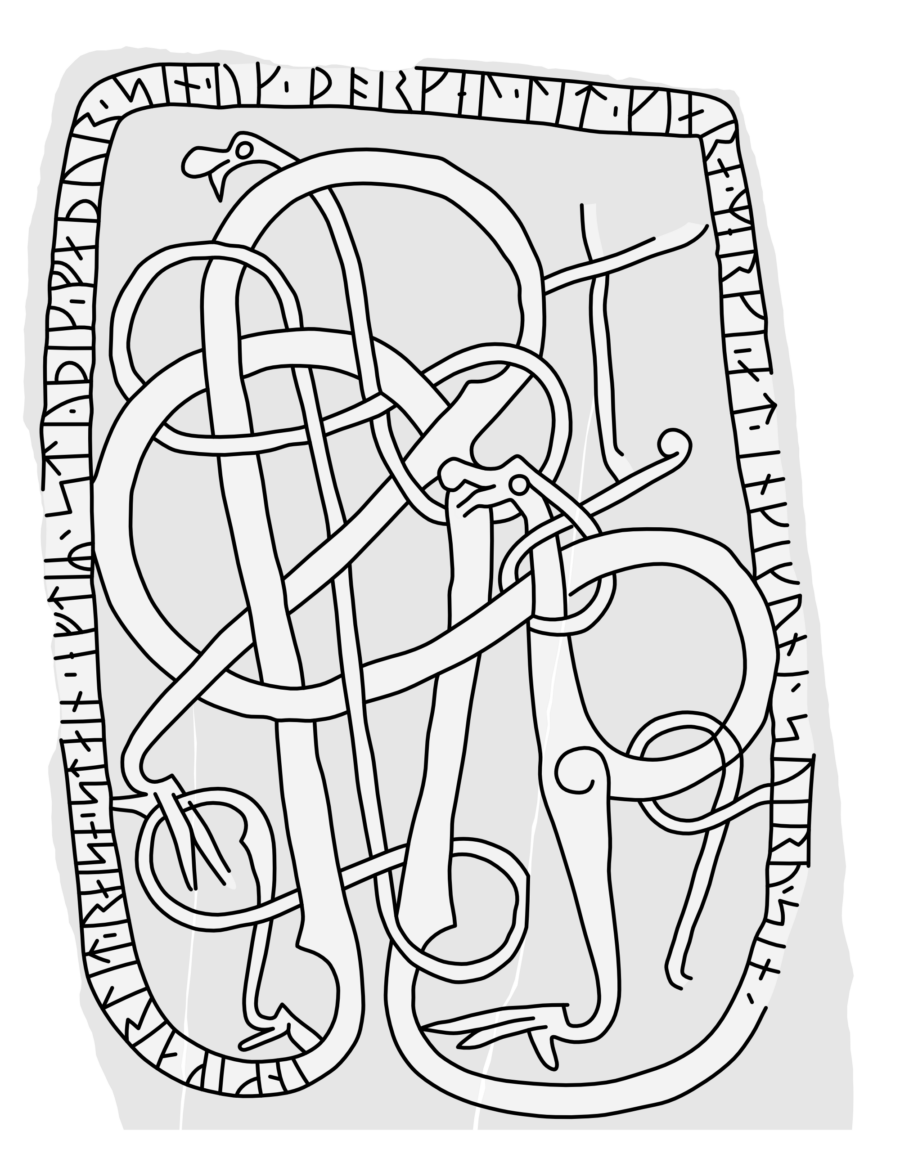 Ingigerðr/Ingikárr had the stone raised in memory of Styðingr/Stœðingr, her father; and Thorkell had the landmark made in memory of Ingigunn, his mother-in-law.

Thorkell and Ingigerðr must have been married, and the stone must have been raised in memory of her parents. But, the word ‘parents’ didn’t exist in the Old Norse vocabulary, which explains the weird and ambiguous phrasing of the memorial inscription.