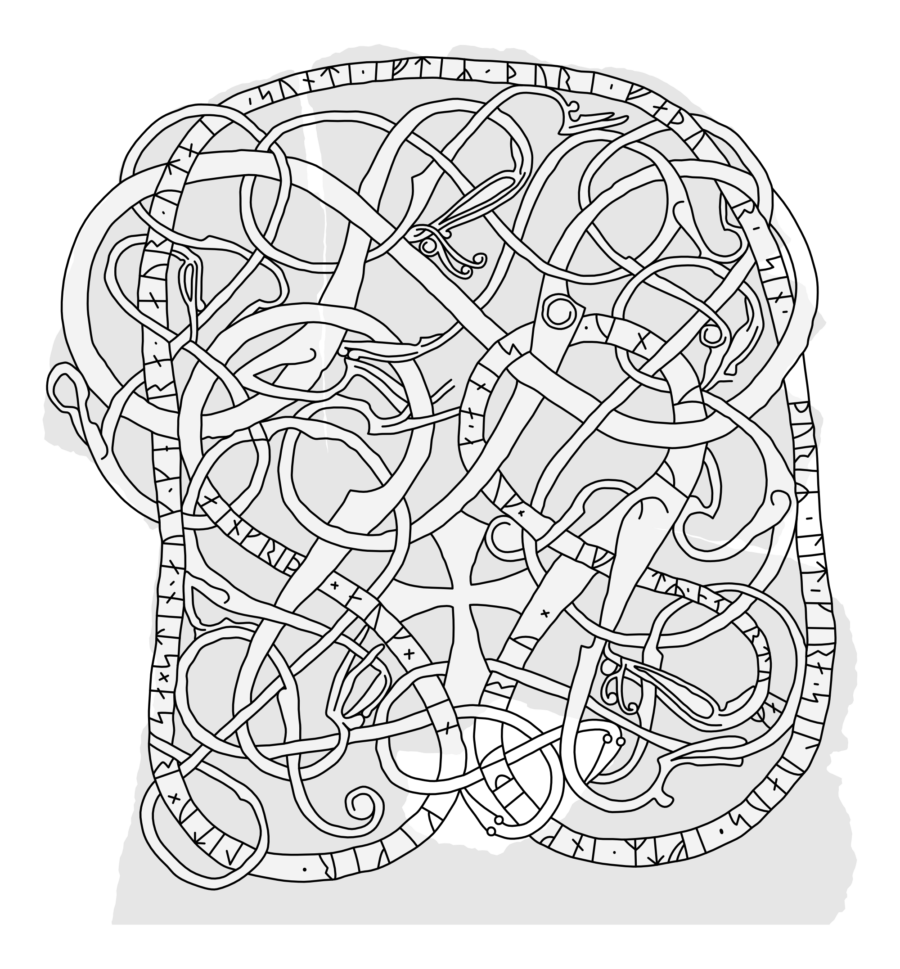 Please note that a significant part of the incision is missing just below the cross due to wear. I have attempted to reconstruct the missing pieces of the pattern based on stones with similar designs.

The rune text starts at the tail end of the animal.

Ingríðr(?) and Ingigerðr/Ingigeirr had the stone raised and the ford made out in the sound in memory of Thórir, their father. Thórir(?) had the hospice made in memory of Ingithóra, his wife, and in memory of <-artu> …

The hospice mentioned was a shelter for travellers to seek refuge in during the night. The ‘ford made out in the sound’ was probably a crossing place made of gravel and an equivalent to the pious Christian custom of building bridges.