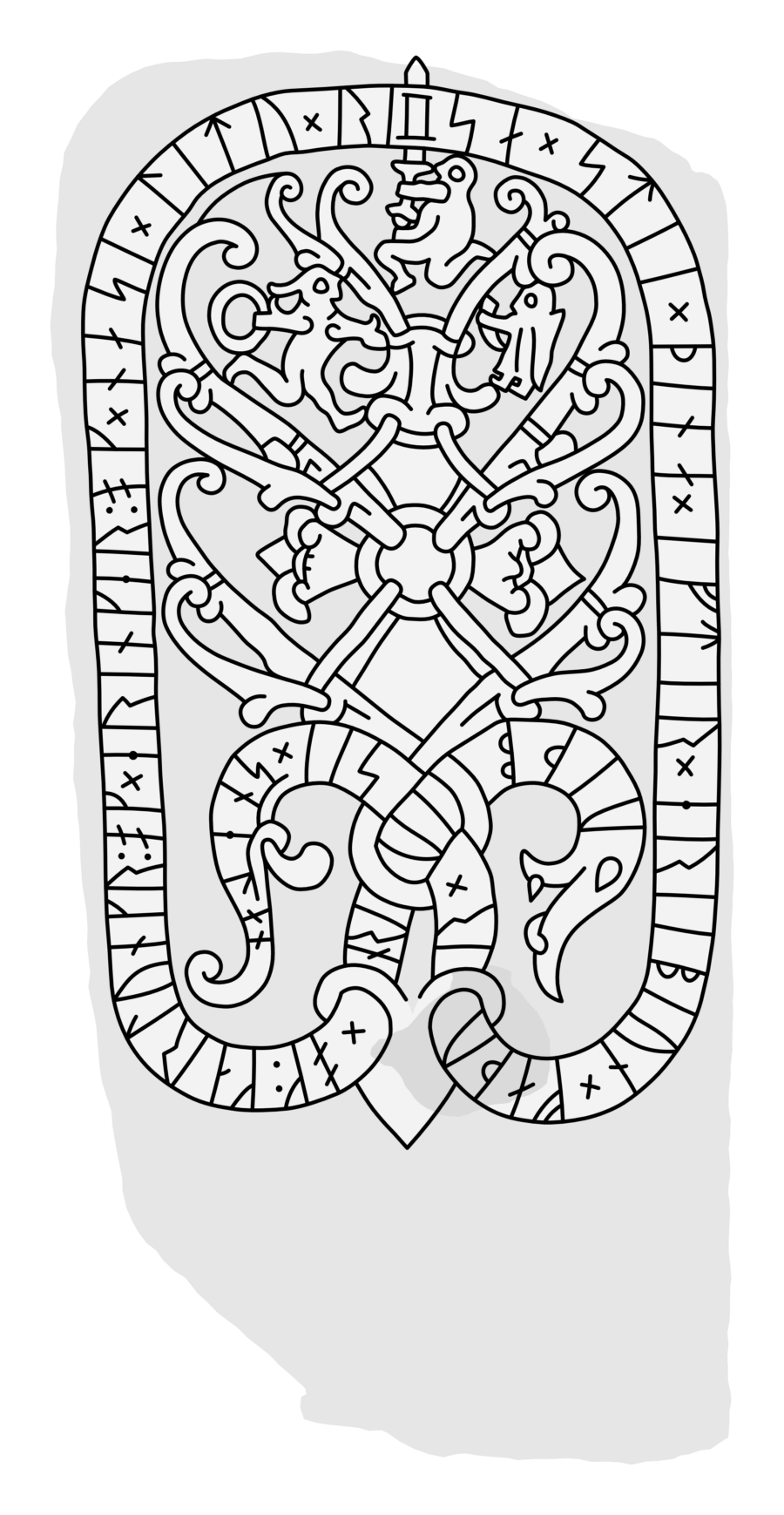 The carvings of the stone are in the runestone style Pr 2 (c. 1020-1050) pertaining to the late Ringerike style.

The decoration on the stone is one of several known Sigurd Carvings depicting scenes from the Saga of the Völsungs.

Sigurd is depicted at the top of the image stabbing the belly of the dragon with his sword. Below him are two human figures facing each other. To the left a man with a ring in his right hand and to the right a woman holding forth a drinking horn. One plausible interpretation is that the two figures depict the meeting of Sigurd and the valkyrie Brynhild/Sigrdrífa.