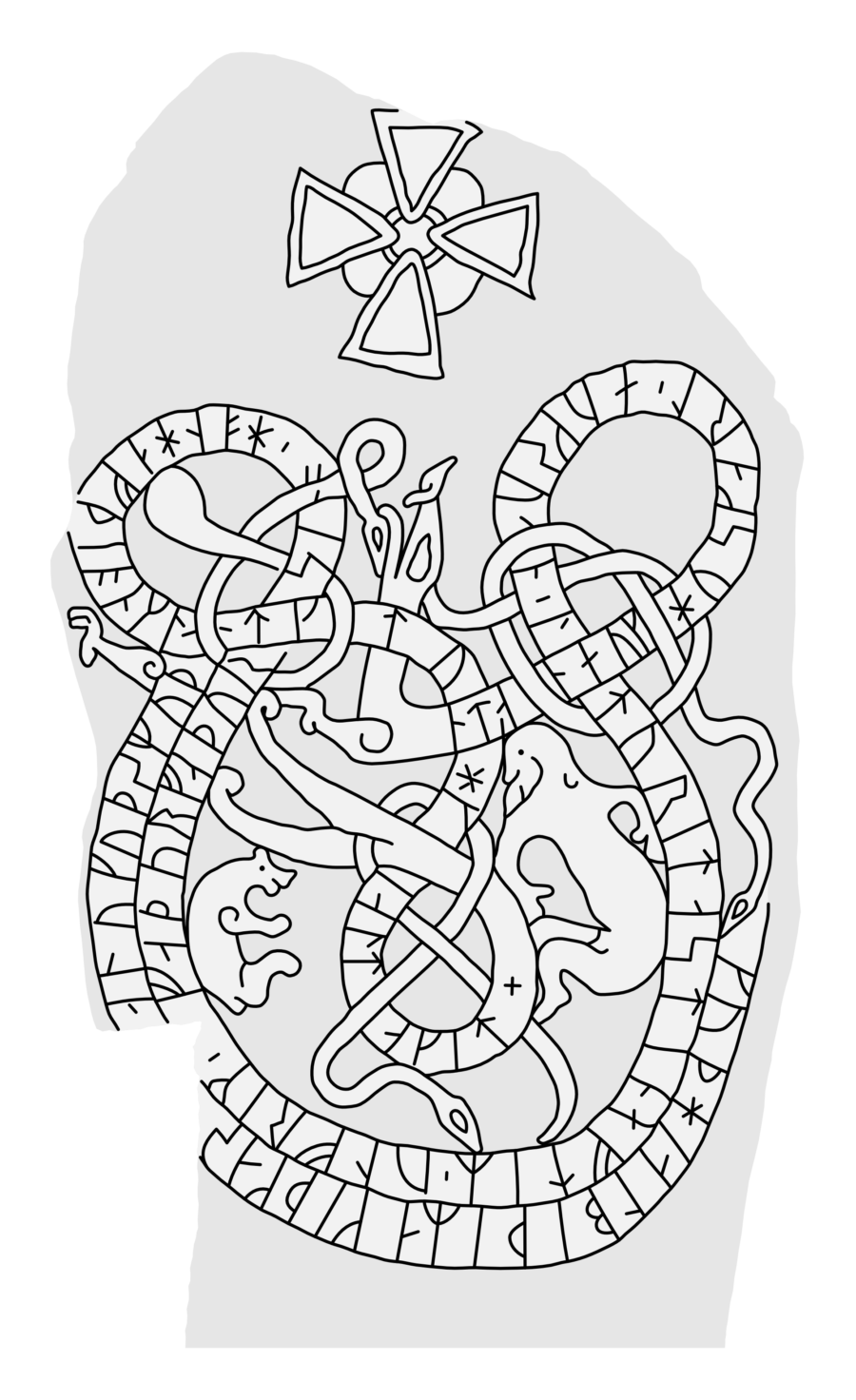 The carvings of the stone are in the runestone style Pr 3 pertaining to the early Urnes style.

Though the inscription is not signed, it is attributed to the runemaster Åsmund for stylistic reasons.

The inscription is a continuation of U 240 posted last week.

The first part of the runic inscription starts at the neck of the animal.

The second part is inscribed in an additional ribbon running along the ribbon body at the bottom part of the stone and begins just below the head of the serpent to the right.

And Dan and Huskarl and Svæinn had the stone erected in memory of Ulfrik, their father’s father. He had taken two payments in England. May God and God’s mother help the souls of the father and son.