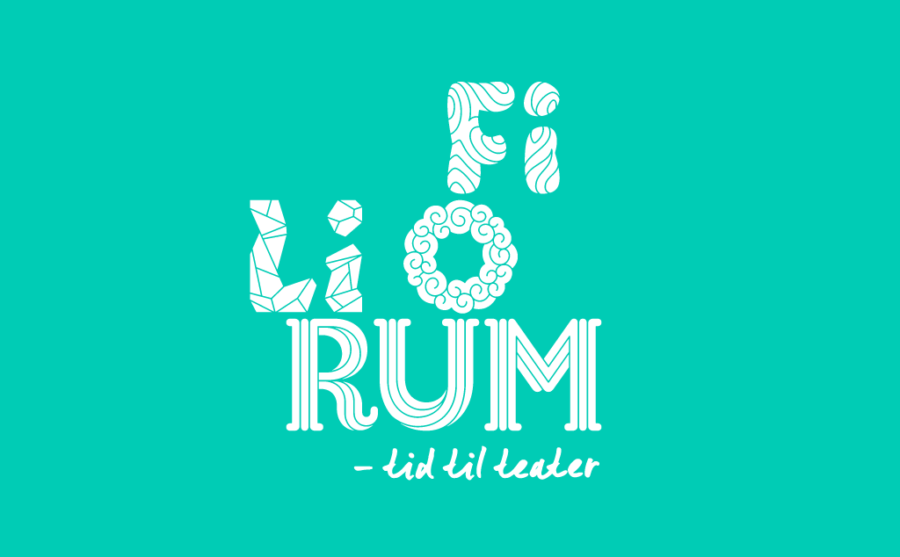 Filiorum is a pop-up theatre venue presenting professional performing arts for children and teens. This is done through approximately four theatre festivals throughout the year and tailored courses in schools and kindergartens. The mantra is Time for theatre and means in practice that the individual theatre experience is extended and processed in workshop sessions, which is based on the performance’s theme and give children and young people a space for creative reflection.

The intention was to create a visual identity that signals that a trip to Filiorum is always a holistic experience of the highest quality, where magic, imagination and contemplation form the core of a universe around the performance that meets the audience exactly where they are. The visual language should of course be able to appeal to both the very small and the larger kids, but also to their parents and grandparents. It should in other words, be a creative, playful and serious expression that the whole family can identify with, and which at the same time, can adapt to different contexts and themes, and still be easily recognisable as typically Filiorum.

The intention was to develop a dynamic and playful logo which clearly expresses that the target group is children and young people, but without talking down to the audience, and also signals that the content is highly professional. The logo balances therefore between the very precise (for example, in the form of the contour and the rigorous execution) and the informal (for example, in the form of the motifs and the fact that the logo never has one solid form).

The four characters and the stage

Each syllable of the logo has its own characteristics and together they form a dynamic quartet, which can move around the surface in various constellations as actors and set design in a performance. In this way, the logo is mirroring the theatrical space and its instruments in a condensed version.

Shape: Round and airy.

The color scheme consists of 16 predefined colors and has a bold but poetic tone, which both work for the toddlers as well as for the teenage audience. They can be combined crisscross and still have the same distinct filiorumesque expression.

The edges of the graphic elements are hand-drawn and reflects the creative element, which is absolutely central to Filiorum’s work and is also a reference to the young audience. The editorial section balances between the light and classical (serif) and the more plump and heavy (sans serif) which can accommodate the spread between the visual language of the young, the toddlers and the older family members, while underlining the seriousness of the content conveyed in a typically playful and creative context. Filiorum presents three to four theatre festivals a year which pops up at various selected venues. Each festival offers typically between two to six performances each with different themes for varying age groups. There was therefore a need to develop a poster format that appeals to the audience without having to lean in too fast on either age group, theme or place. The logo has been allowed to dominate the posters as a clear marker that Filiorum is (yet again) presenting theatre. However, the logo here appears every time in a specially developed version which reflects the season where the Festival is held.