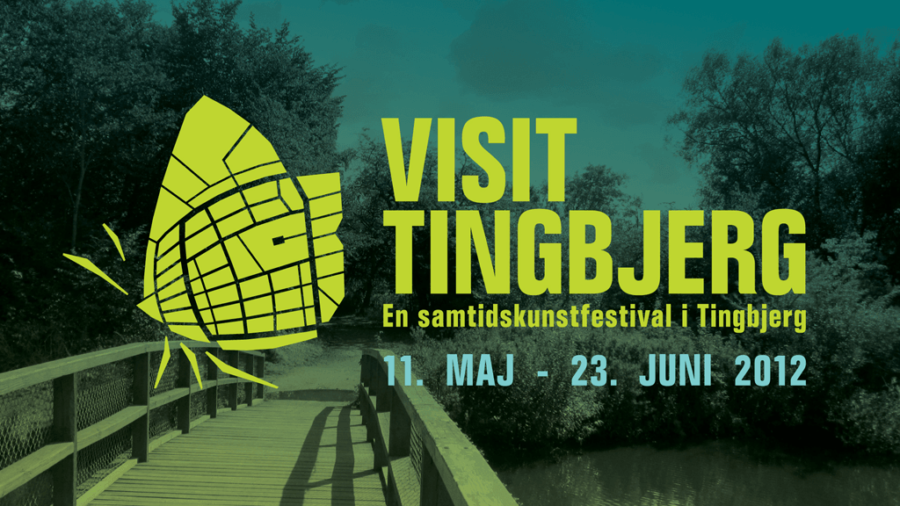 The Contemporary Art Festival Visit Tingbjerg looked at the district Tingbjerg with fresh eyes. 21 domestic and foreign artists attended an artistic dialogue with streets, empty commercial premises and parks in one of Denmark’s disadvantaged areas. The Festival featured works with a social agenda and gave voice to some of those, who are seldom heard, namely the residents of Tingbjerg. At the same time giving the rest of us an excuse to go on a reflective visit.

Visit Tingbjerg was curated by Matthias Hvass Borello and Kenneth A. Balfelt. T-ARD.

The primary task was to highlight the festival and to encourage people outside of Tingbjerg to visit the area and get an independent impression of the neighbourhood and its residents. And hopefully spot some of the many qualities that the district also accommodates – Tingbjerg was actually built with the best of intentions, with the idea of the good life in mind as well as the village life style as a model, which is reflected in the architecture and the green areas that surround the district. The festival’s artworks and activities were scattered throughout the district, so there was also a need to make a clear indication of the activities in the cityscape and visually tie them together to draw attention to the fact that they were all individual parts of a greater whole. All within a limited budget and with a participative attitude and “do it yourself” approach.

Tingbjerg seen from above resembles the silhouette of a butterfly. The butterfly produces idyllic and positive thoughts of a rural environment with plenty of nature and serves as a fine reference to the great recreational and scenic areas as Tingbjerg, among other things, has to offer. Just as travel agents present geographical areas as attractive places to visit, it tries to “sell” Tingbjerg by highlighting its qualities. The butterfly is also a fine picture on the short but mutually fruitful meeting (with the flower) and at the same time an ambiguous symbol of fragility that stands in contrast to its strong yellow signal color. The chipped and cracked graphic elements embody a faceted symbolism. They can be interpreted as a subtle call to tear the established image to pieces and put together ones own mosaic of fragments to a new and more complex picture than the incumbent. But they can also be seen as the splintered vision of the ideal town, or as a reference to the raw aesthetics of the ghetto, or perhaps something else? At the same time the festival with its many artistic contributions also make up a puzzle, which the visitors themselves must assemble. The pieces of the puzzle

The yellow color served as a red thread and visually tied the festival’s many disparate statements together. With relatively simple and inexpensive means it was possible to produce material that conveyed the Festival’s activities in a distinct design language where Visit Tingbjerg clearly emerged as the sender. The yellow flyers and posters playing on the familiar expression of the tabloid press posters. But in contrast to the media’s negative look at the district and its residents from the outside, conveys the now constructive statements in the form of activities and offers from inside Tingbjerg to the outside world.