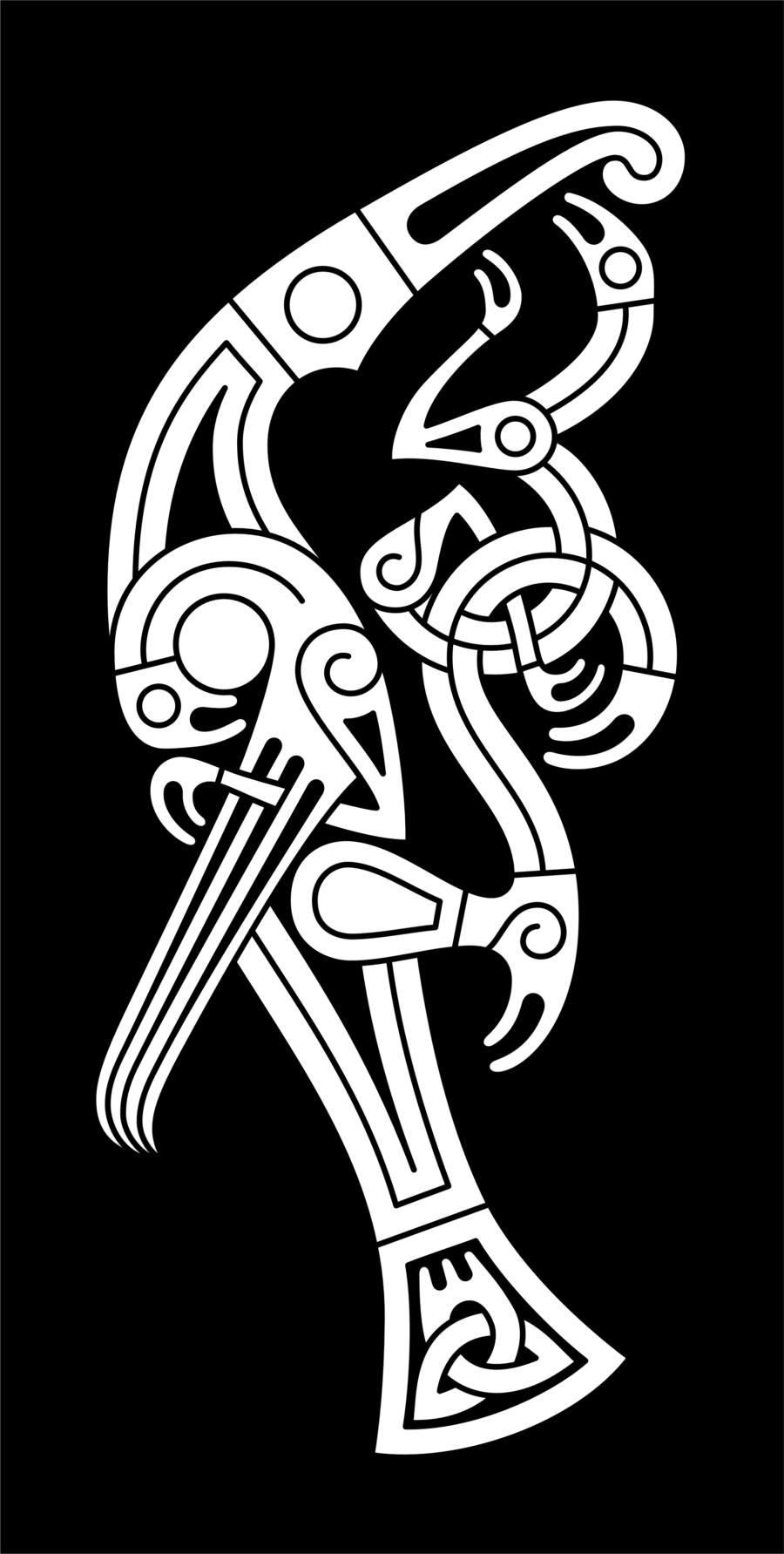 Full figure animals like in this illustration either of birds or mammals became more common in Style II D.

A few examples similar to this composition of a large bird composed by lesser animals and grasping another animal in its claws have been found in Denmark and Sweden.