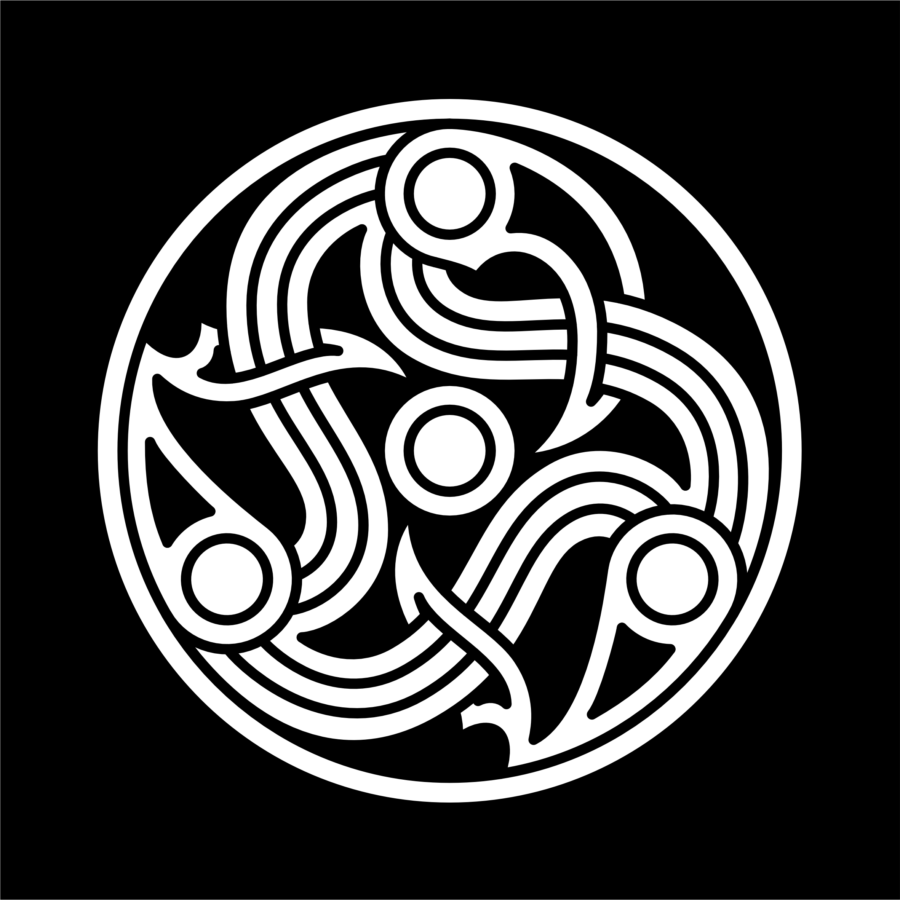 Wheel motifs with three and four spokes shaped like animal heads or limbs were common throughout all the Germanic styles preceding the Viking Age.

In Style II D the animals are further simplified and abstracted to almost geometric patterns. Feet, mouths and other body parts are executed in an extremely similar manner as to make the individual animals and its limbs almost indistinguishable from each other.