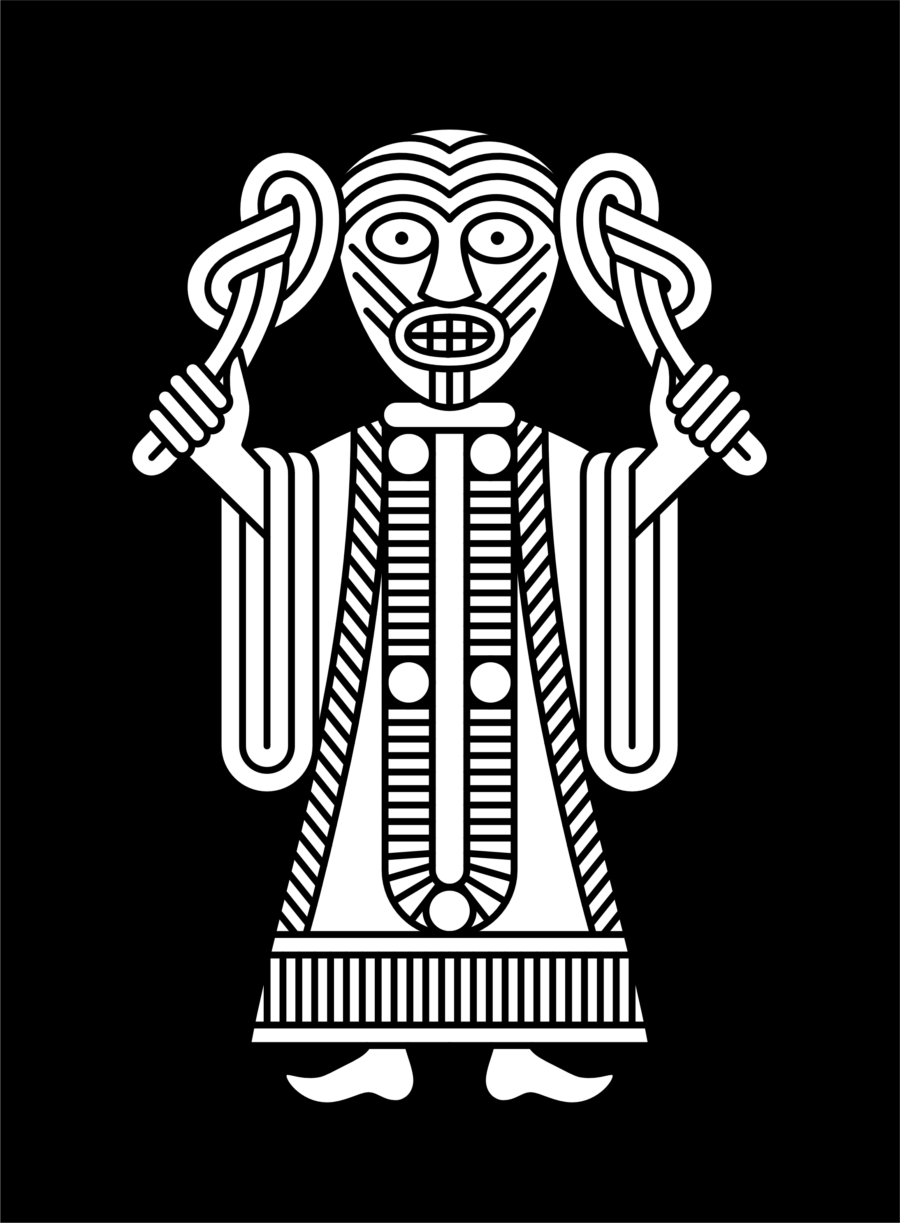 Several depictions are known of human figures viewed from the front grasping the pigtails of their centre-parted hair, one in each hand. The pigtails are typically tied in pretzel knots at the root.

The figure’s mouth is usually accentuated in some way with lines around or across it, sometimes resembling gritting teeth, and some have a tongue-like shape protruding from it.

Although the long hair and knots, as well as the long robes the figures wear, are usually feminine signifiers, the gender is still somewhat ambiguous. It is, for example, not always clear if the lines around the mouth are meant to depict some kind of beard.

The motif is predominantly dated to the 9th century, but a related motif can be seen on the so-called ‘Snake-witch stone’ with a design in Style II B (c. 550-650) from around 600 CE found at Smiss on Gotland. The figure on the stone wears the same hairdo with tied pigtails, but instead of gripping their hair, the figure is gripping two snakes positioned on each side of the head with their heads in profile facing the figure. The composition of the Smiss stone mirrors that of the motif of two beasts flanking a male warrior seen on several helmet plates.

The accentuation of the figure’s mouth and the connection to the motif on the helmet plates hint at a figure engaging with magic and linking it to the practice of shape-shifting.