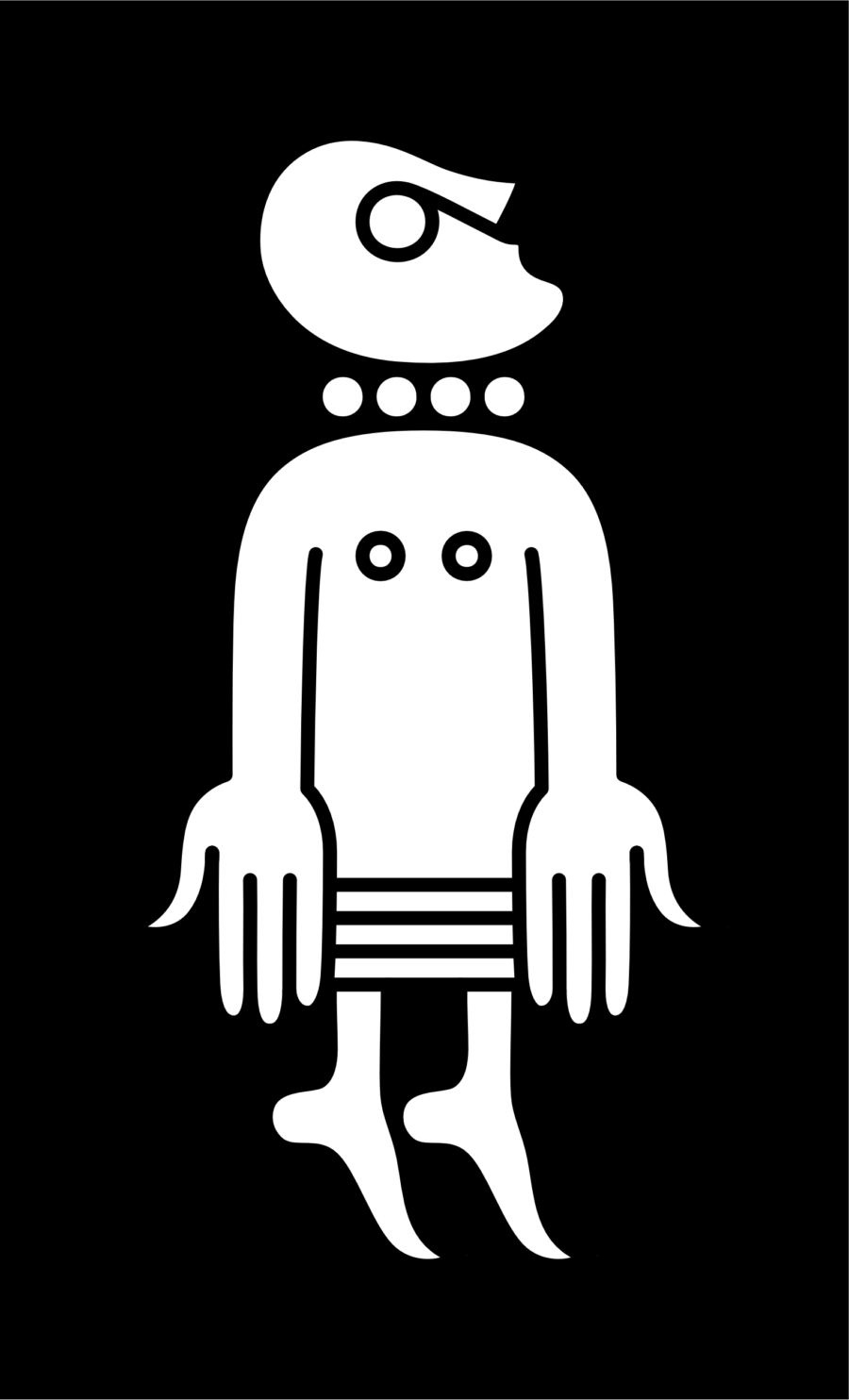 The figure is depicted with its arms down the side and palms facing forward. This gesture is often seen in late antiquity Christian context (as with raised arms), where it is apotropaic or signals reverence, fear or submission.