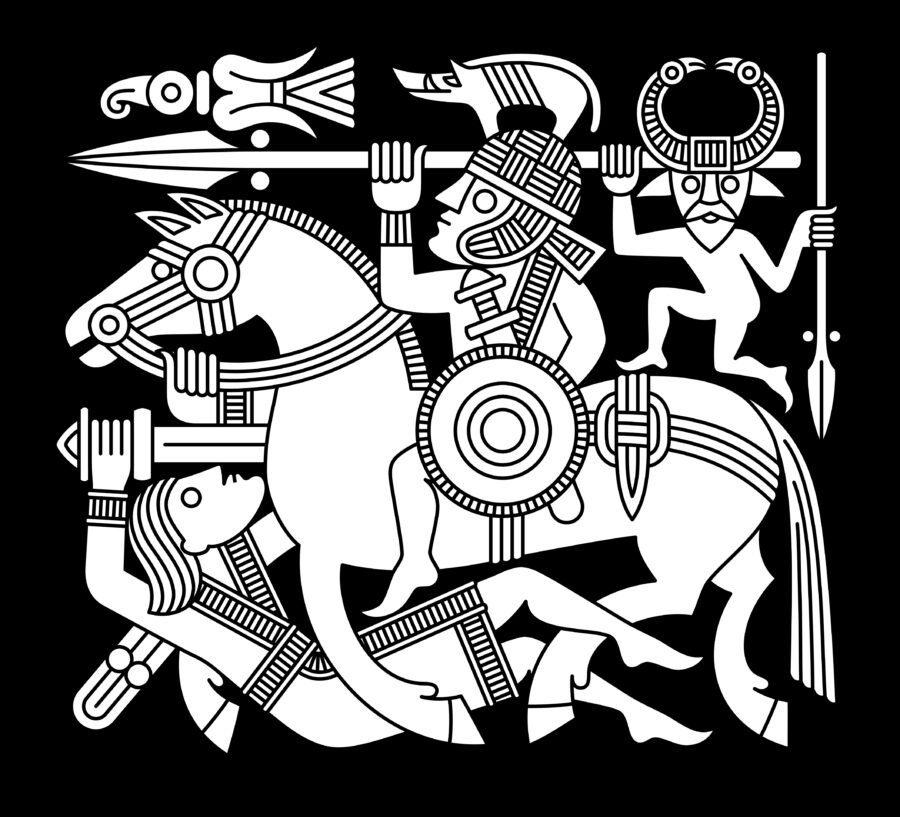 The central figure of this type of motif is a mounted warrior with a helmet, shield, and sword lifting a spear horizontally across the top of the composition.

A tiny Oðinn figure behind him above the horse seems to guide the spear, holding on to it with his hand.

One or two other warriors in front of and below the horse appear to attack or try to grab hold of the horse. Often a warrior is seen stabbing the horse with his sword from below.

The image is thus divided diagonally into two halves, one depicting forces aiding the rider into the battle and the other half forces opposing him. The overarching theme might be fate.

The underlying composition might derive from Roman funeral art, with the ‘fallen warrior’ motif frequently depicting warriors trampling vanquished enemies. Though, the motif on the helmet plates is heavily adapted in line with Scandinavian tradition.