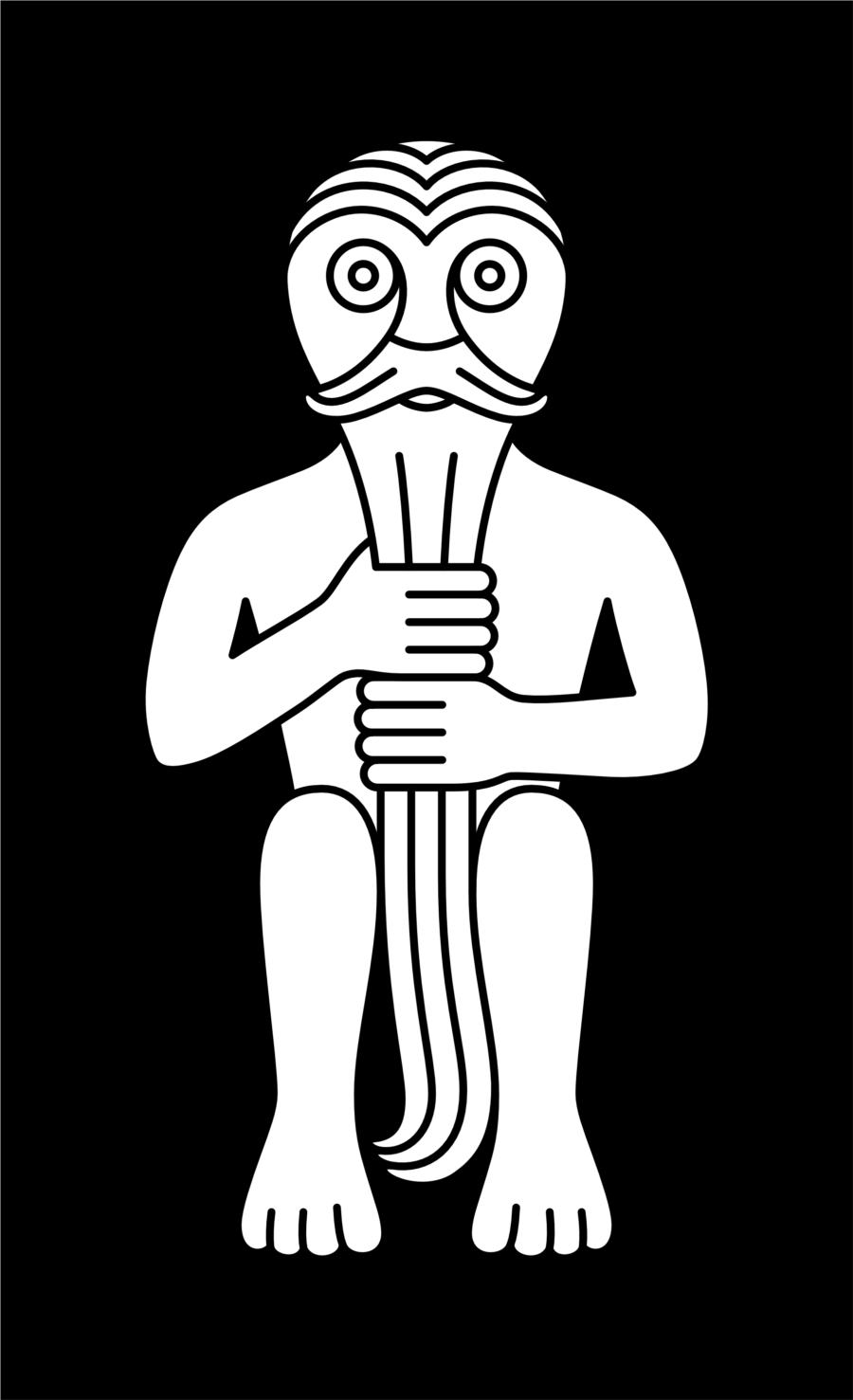 A seated male figure grasping his long beard is a recurring motif in the Viking Age.

The gesture of gripping one’s own hair or beard appears to have been introduced in the early Viking Age and seems to have magical connotations and links to shape-shifting.

Ribbon animals gripping their own and other animal’s limbs were already prevalent since the migration period (Style I and onwards). But the hair and beard gripping gesture emerges with the gripping beasts of Style III E/Broa style (c. 750-825) and further develops and increases its prevalence through the Oseberg and Borre styles (c. 800-950).

The gesture continues into the late Viking Age in the shape of what seems to be board game pieces of seated men grasping their phallic beards, sometimes even featuring an erect penis.