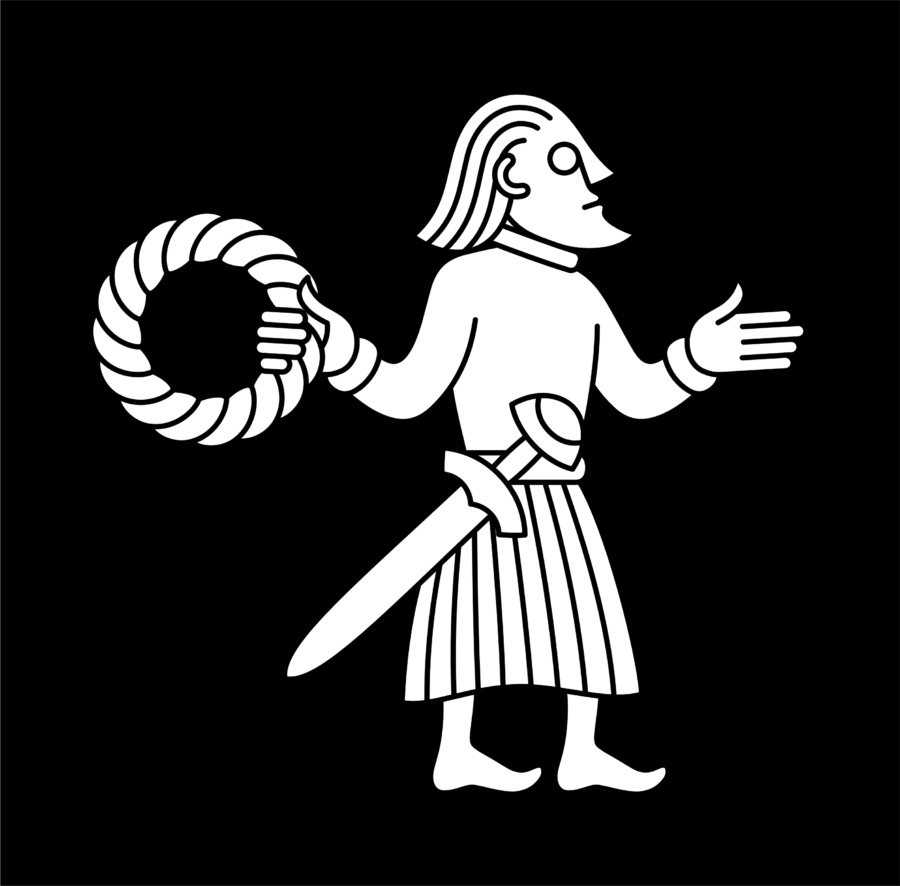 Man with a Ring

The figure of a man in profile holding a ring in one hand is known from little pendant figurines and several rune stones. He is placed opposite a woman with a drinking horn facing him on the stones. Above them is the scene of Sigurd piercing the dragon, Fafnir, with his sword, Gram.

A plausible interpretation is that the two figures depict the meeting of Sigurd and the valkyrie Brynhild/Sigrdrífa after he kills Fafnir. The cursed ring Andvaranaut in his hand represents the treasure he won by slaying the dragon, as well as his impending betrayal of Brynhild. A betrayal that will ultimately lead to their death through Brynhild’s revenge.