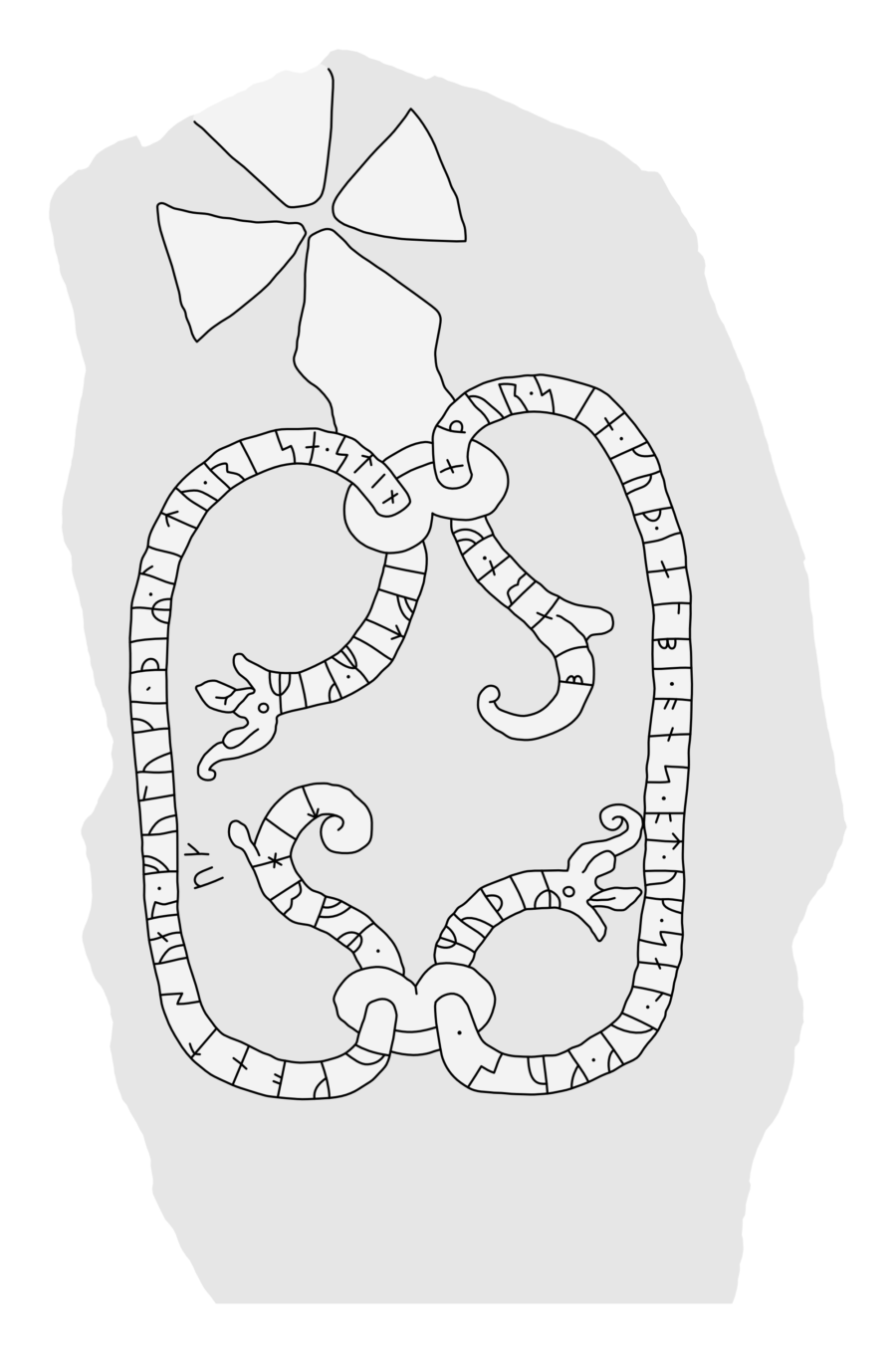 The inscription is not signed, but is in the so-called ‘Gunnar style’ similar to the style of the runemaster Gunnar.

Djarfr and Andsvarr and Fullugi, they had the stone raised in memory of Geirbjǫrn, their father. May God and God’s mother help his spirit and soul.