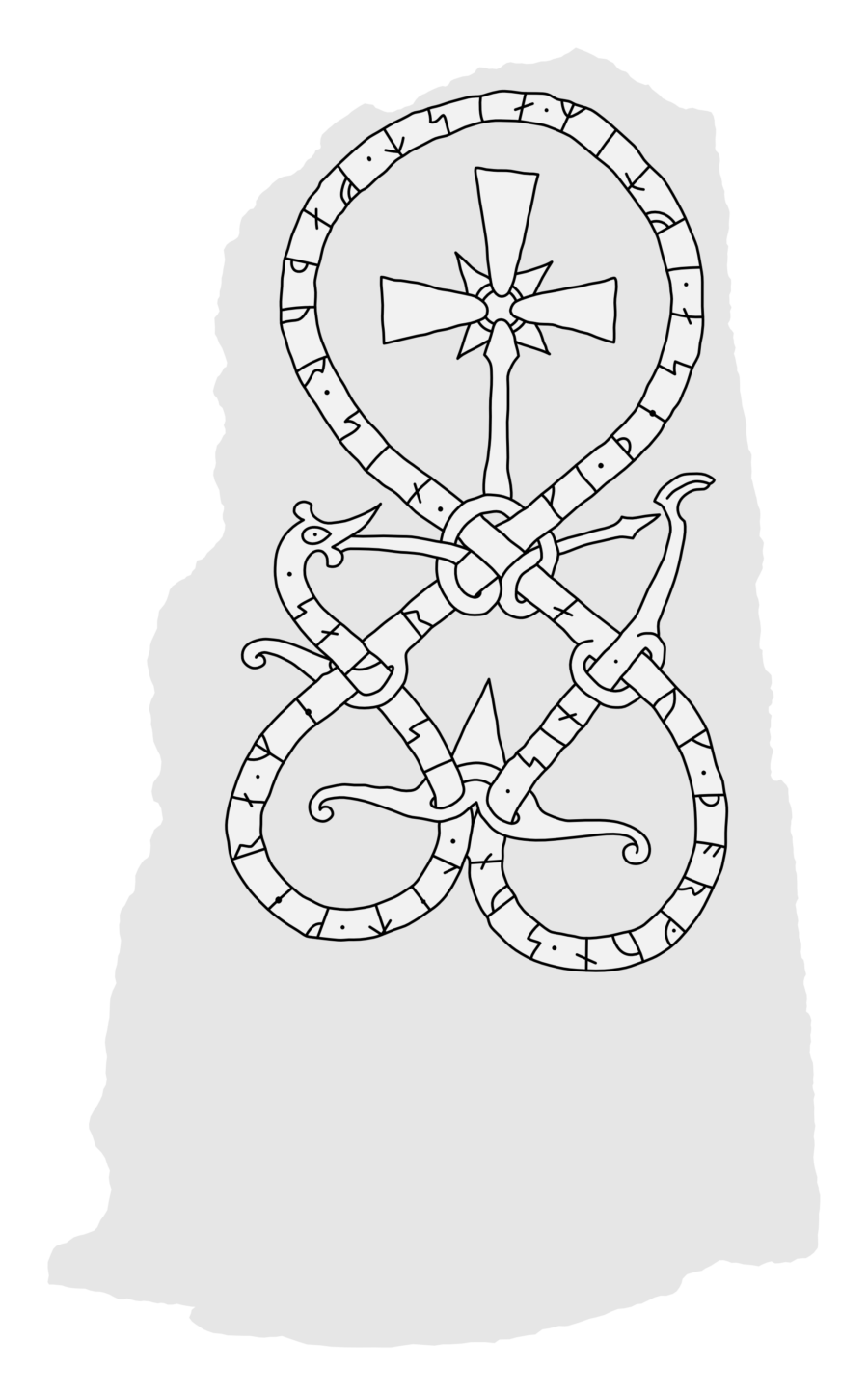 The carvings of the stone are in the runestone style Pr 2 (c. 1020-1050) pertaining to the Ringerike style.

The rune text starts at the head end of the animal.

U 459 is probably one of several stones raised by members of the same family over the span of 25-30 years judging from the names and family relations described on the stones. They are, chronologically ordered from oldest to youngest, as follows: