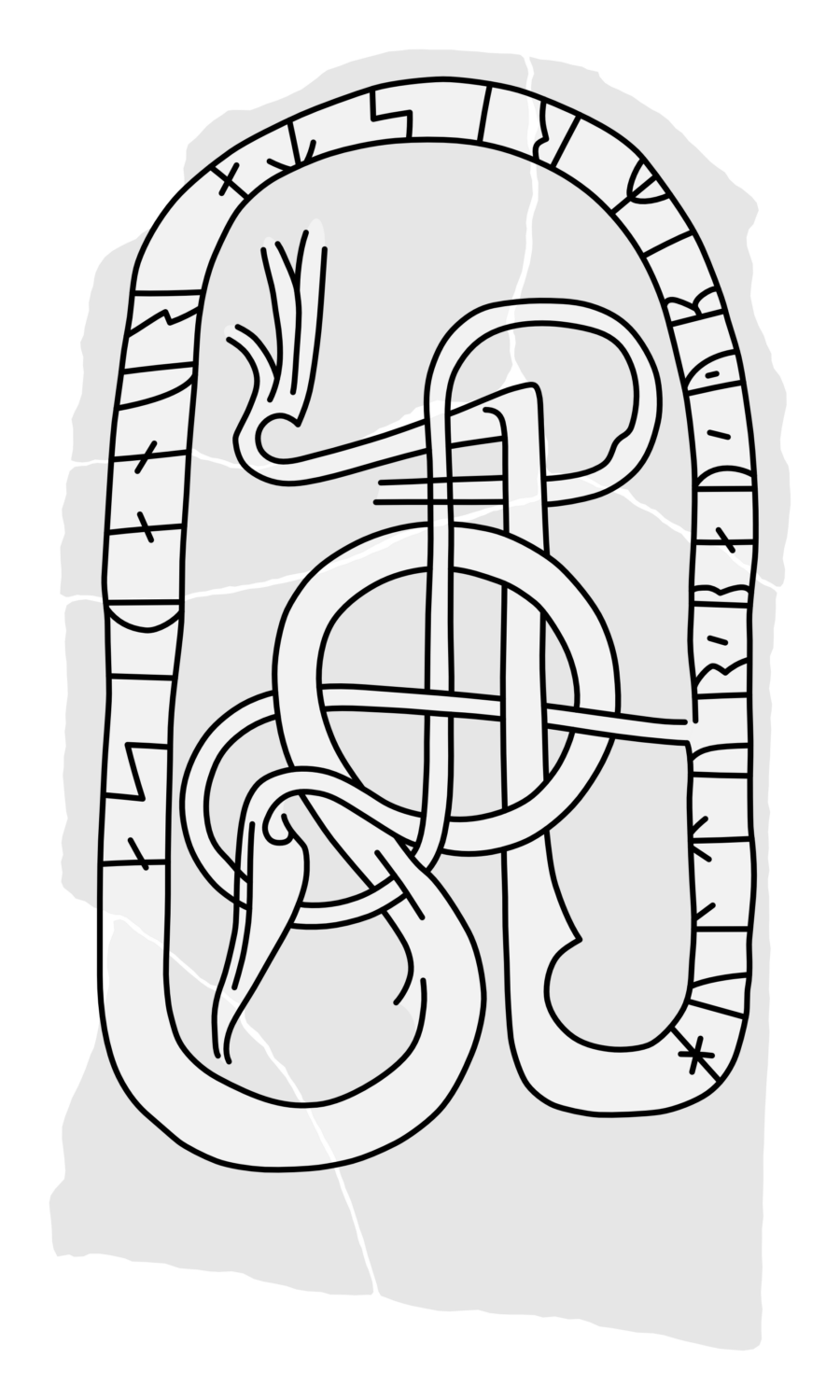 The inscription is signed by the runemaster Öpir.

It is unusual that the commissioner hasn’t raised the stone in memory of someone else. Though the runestone L 145 is similar in this respect.