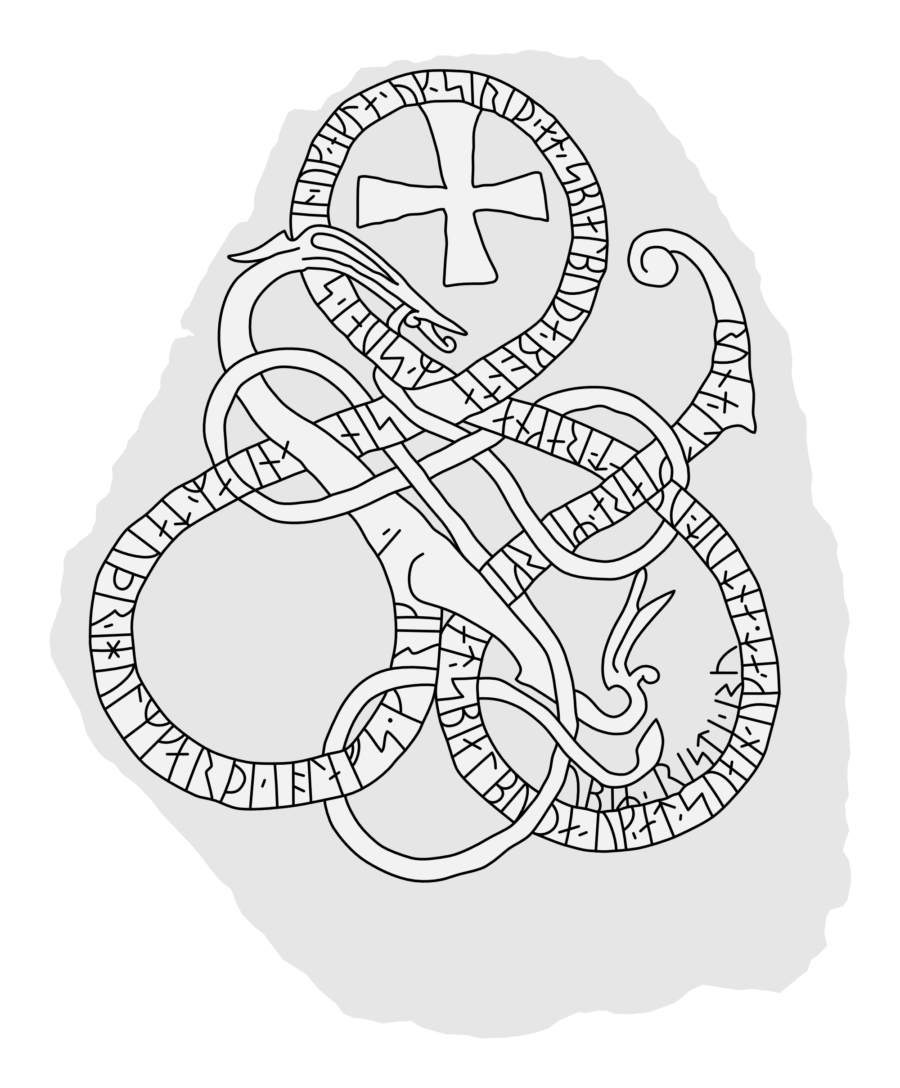 The inscription is signed by the runemaster Øpir.

The first part of the rune text starts at the tail of the animal. The second part runs along the outer edge of the rune ribbon inside of the bottom right loop.

The runic text tells us that a widow by the name Runa together with the widow of her eldest son Sigrið had the runestone made in memory of Runa’s four sons and her husband. Spiallbuði who was the eldest son of Runa and husband to Sigrið died in Holmgarðr, which is the Old Norse name for Novgorod (Russia). The Ólafr’s church mentioned is interpreted to be Saint Olaf’s Church. Olaf the Holy formerly known as Ólafr Haraldsson (c. 995–1030) was king of Norway from 1015–1028 and was canonised a saint a year after his death at the Battle of Stiklestad.