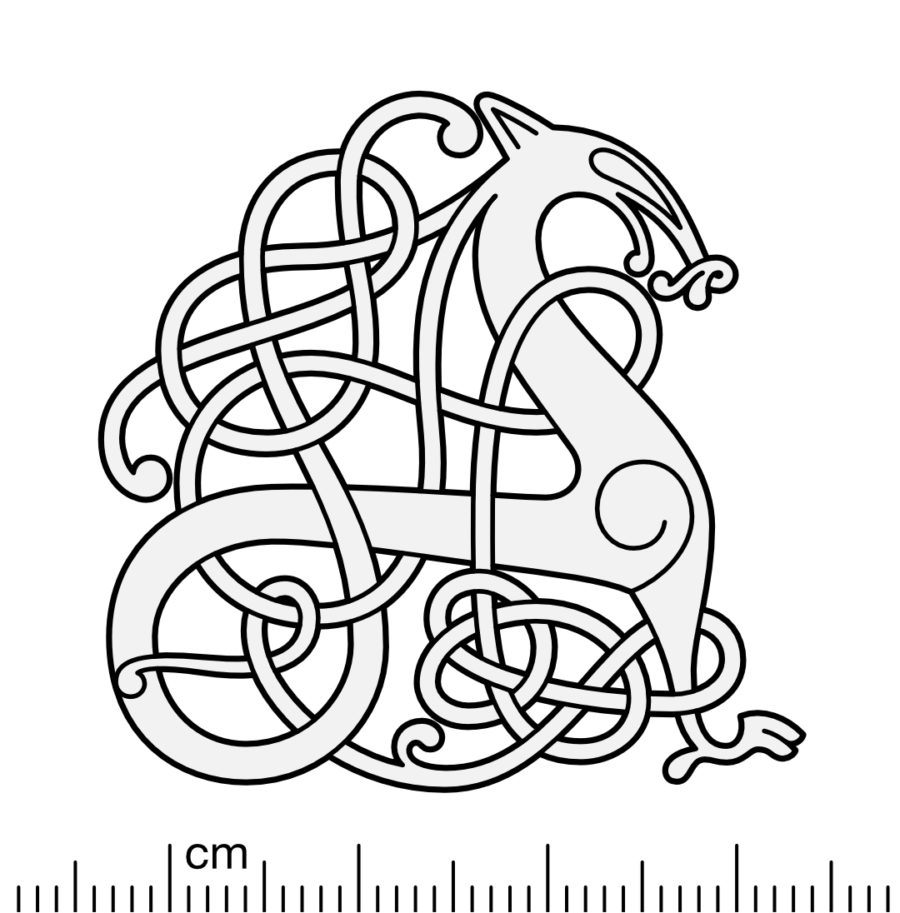 The Hedeby and Klemensker Brooches

Reconstruction illustration of what the master of the Urnes style openwork brooches from Hedeby, Germany (silver gilt) and Klemensker, Denmark (silver) might have looked like.

The design is similar to the Great Beast motif but without the serpent. The brooches display a single animal with extraordinary neck tendrils intertwining the body instead of a lesser serpent which is otherwise typical for this type of motif.

Their genesis seems at least originally to be of the same mould (as illustrated here). The overall design and layout of the ribbons are exactly the same, but the execution of the details differ.