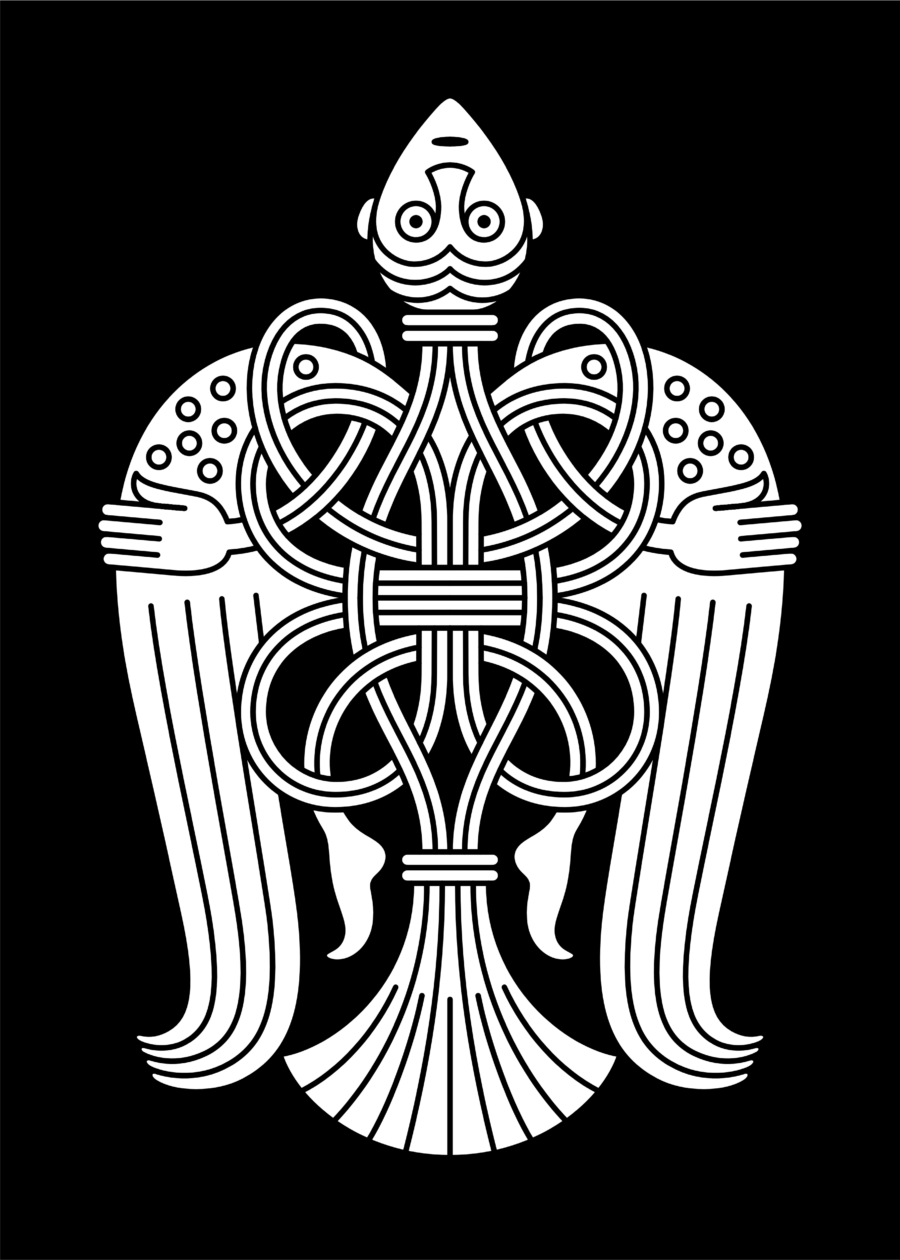 Winged men are a common motif in the Viking Age, not least on several scabbard mounts from the 10-11th century, and bird brooches with male faces on their backs are even known from a couple of centuries before the Viking Age. Both are obvious expressions of the practice of shape-shifting, and magic feather cloaks are well-known in mythology and the sagas, where several of the Æsir and Jotnar transform into birds to travel through the skies and transcend the boundaries of the natural and supernatural world. Especially the stories about Völund the smith (Völundarqviða and Þiðreks saga) is noteworthy when it comes to visual man-bird depictions, as he is clearly the one taking the shape of a brooch from Uppåkra, Sweden, probably from the 9th century, and scenes from the story about him are also pictured on the Gotland picture stones.

In the myth, Völund is linked to the valkyries, as he is married to one capable of taking a swan’s shape. The fact that he is a smith and creates both riches and magical items like his ‘feather cloak’ even ties him to the mythological dwarves.

Common to most of these depictions comprised of simple but effective interlace knots composing a man in a feather-cloak contraption is that it is unclear where the man’s body stops and where the bird begins. They are literally merged.

On the Gotland picture stones, Völund’s story is juxtaposed with scenes from the Völsungesaga featuring Sigurd, who was raised by the dwarf Reginn, and the Valkyrie Brynhild. The common theme is revenge; Völund takes revenge on King Nidud, who captured him, and Brynhild on Sigurd, who betrayed her.