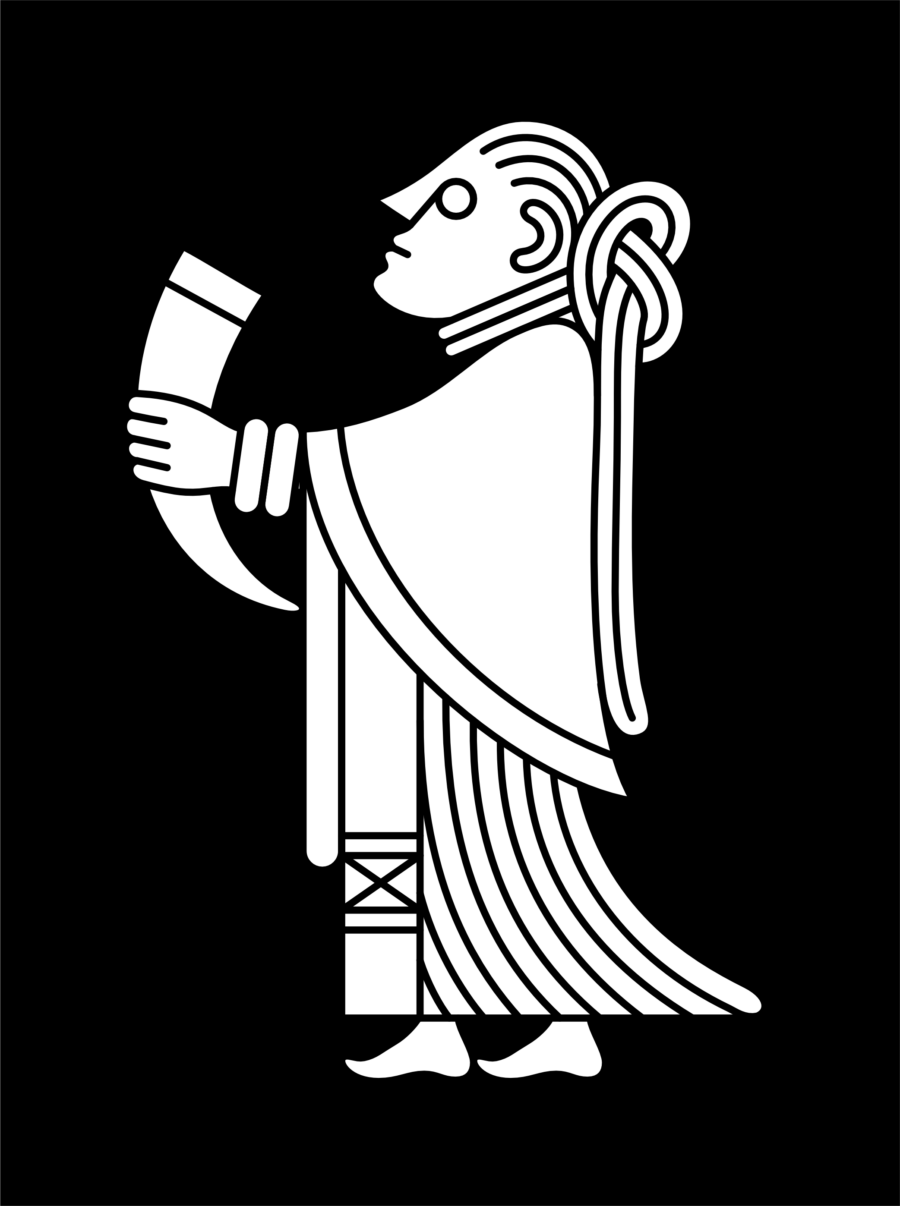 Woman with a Drinking Horn

Depictions of female figures carrying drinking horns and cups are known as far back as the gold foil figures of the 6th century.

They most notably pop up on the Gotland stones and the valkyrie pendants of the 9th century and later again on the Sigurd stones of the late Viking Age.

Although they are usually dressed exclusively in women’s wear, they seem to be directly connected to the mythological valkyries, notably in the Völsunga saga where Sigurd meets the valkyrie Brynhild, a scene depicted plenty across the span of the Viking age in which she is usually shown in a dress holding forth a drinking horn to greet Sigurd.