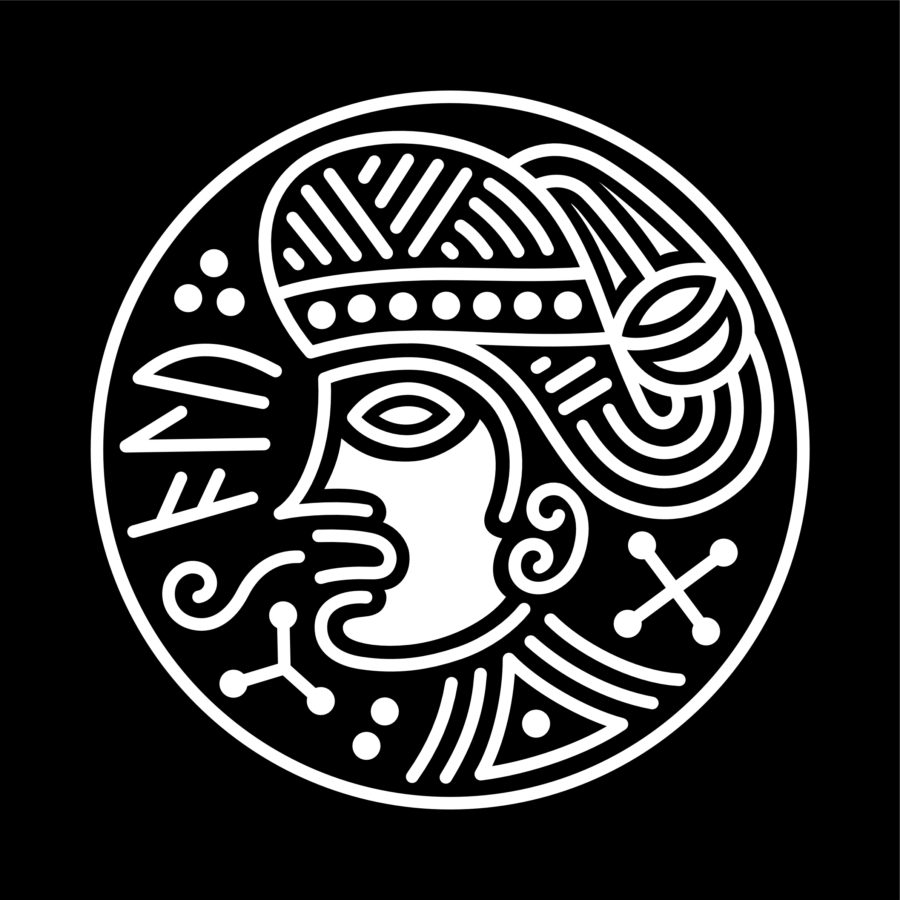 Illustration displaying some of the most common characteristics of a A-bracteate.

A-bracteates feature a male human head, occasionally accompanied by a bird or other animals.

The motif of the A-bracteates is modelled on the profile effigies of the Roman Emperor in civilian clothes as depicted on Roman coins. Features such as the imperial cloak, the emperors lifted hand, the round imperial brooch and especially the imperial diadem is recognisable on the Scandinavian versions.

Despite their Roman model, it is, however, not the Roman Emperor who’s depicted on the A-bracteates. It is, instead, widely interpreted as a depiction of Oðin.