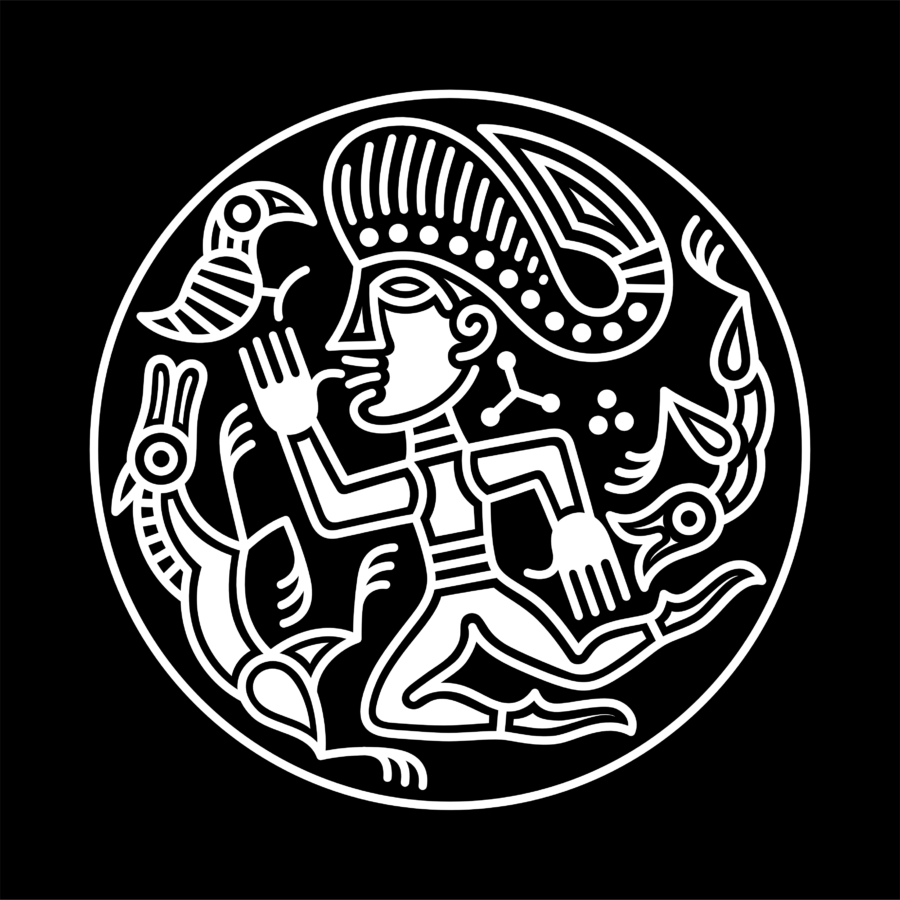 Illustration displaying some of the most common characteristics of a B-bracteate.

B-bracteates feature one or more human figures, often accompanied by birds and other animals.

The latter, as shown here, is supposedly a depiction of the Nordic myth in which the god Týr sacrifices his right hand in the mouth of the Wolf Fenrir to bind the beast and thus preventing or postponing Ragnarók.