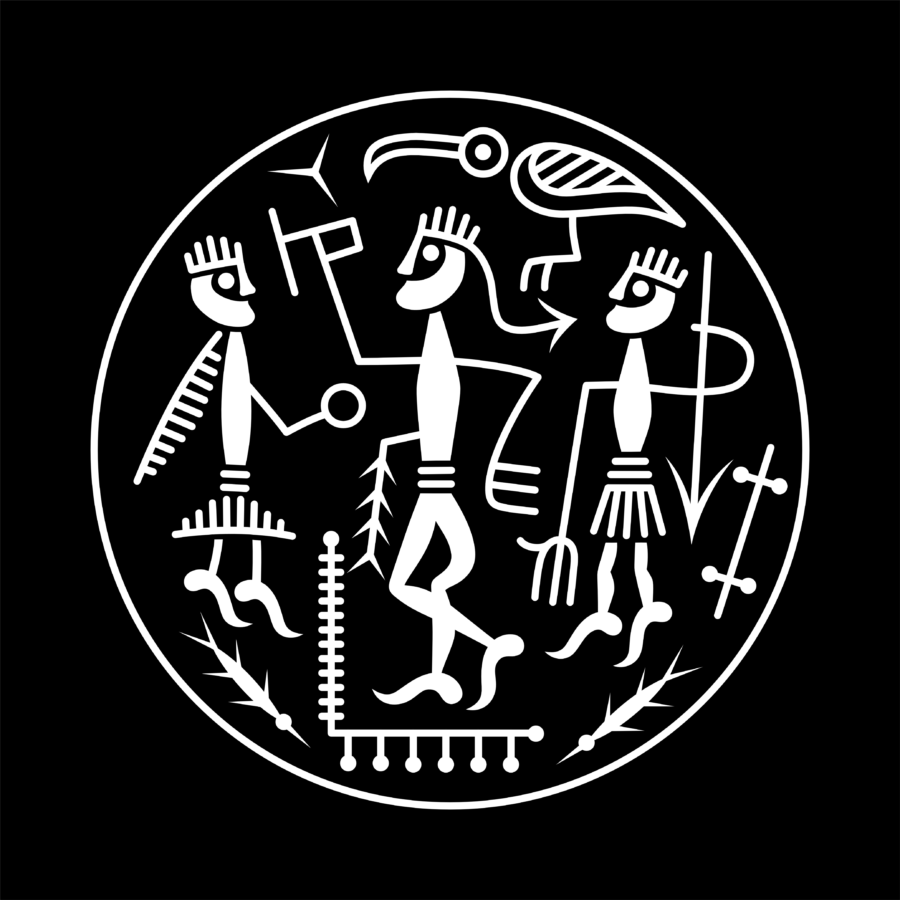 Illustration displaying some of the most common characteristics of a B-bracteate.

B-bracteates feature one or more human figures, often accompanied by birds and other animals.

The Trideity-bracteates (‘Drei-Götter-Brakteaten’) featuring three human figures, as shown here, has been interpreted as depicting the Nordic myth of ‘the Death of Balder’. Balder supposedly stands in the centre with the deadly arrow in his chest surrounded by Oðin and Loki. The weapons used to throw at Balder, who was thought to be invincible, is scattered around him.

The composition is probably created by combining Roman motifs of ‘Victoria crowning the Emperor’ and ‘Mars Ultor’ depicting Mars with a downwards-facing spear and dressed in coat of arms and a skirt similar to the Emperor’s.