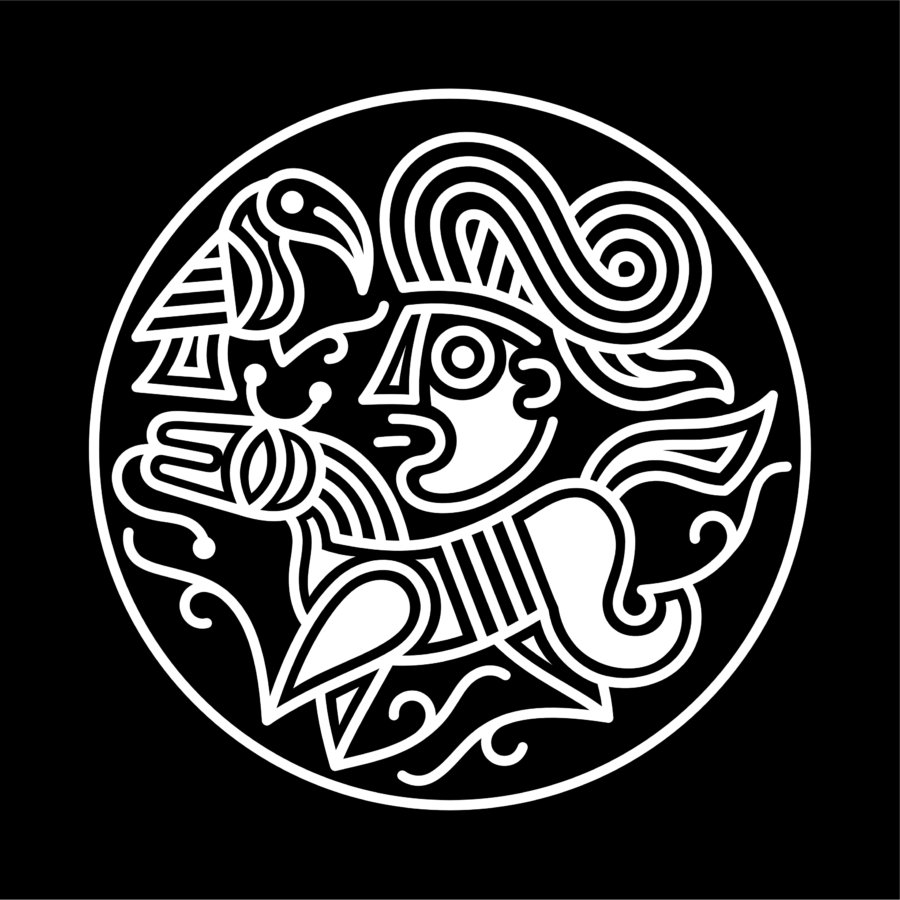 Illustration displaying some of the most common characteristics of a C-bracteate.

C-bracteates feature a rider in the shape of a disproportionately large male human head on top of a horse. The head is equivalent to the ones depicted on the A-bracteates. Typically a bird is set in front of his face, and other animals also occur.

In line with the similar motif on the A-bracteates, this is usually interpreted as Oðin, either on his horse Sleipnir or in the act of healing Balder’s wounded horse as described in the Merseburg II Formula.